Home - To Walk with a Legend: Chhim Sothy

To Walk with a Legend: Chhim Sothy

Chhim Sothy is one of the legendary Cambodian artists. His collection of masterpieces including “Hanuman and Sovann Machha”, “Traditional Dancers” to “The Favorites, guache on canvas”, capture the essence and cultural identity of Cambodia beautifully. His vivid classical artworks revolve around the celebration of life and give hope and light to Cambodian culture. His name is recognised and acknowledged by many noble artists both in the Kingdom, the west and Indochina. Som Kanika caught up with him for an EXCLUSIVE interview on his journey into the arts.

GT2: What is your background as an artist?

I was born in 1969 in Kandal province. I applied to study at the Cambodia Fine Art School in 1985 with a major in sketching and sculpture. I graduated in 1995 at the Royal University of Fine Arts and later on I worked as a designer for the Sofitel Cambodiana Hotel and an artistic director for the project “Renaissance des Art Khmer” between 1995 and 1996. Currently, I work at the Ministry of Culture and Fine Arts. Most of my artwork’s style reflects traditional sources combined with contemporary elements, which mostly depicts Buddhist themes or scenes from the Ramayana.

GT2: Why did you aspire to be an artist?

I was born during the Songkum era of 1969 in Kandal province. During the Khmer Rouge Regime, the country was devastated and dark. That was when I became inspired by the beauty of art. It brought light into my life. I already saw myself as an artist because I was sketching and sculpturing from since I can remember. I sketched on everything I could find, sometimes in the sand or on a wall or tree.  I also took aspiration from my grandfather, who always took me to the pagoda and as you may know, pagodas have always been a holy place abundant in marvelous artworks combining myth and storytelling.

GT2: What do you think are the contributing factors in the slower development of modern day Cambodia’s artistic field?

Choosing a life of being an artist through the Khmer Rouge time was a tough decision. Since Cambodia just recovered from the dark time of the Pol Pot regime, our country lacked in everything from human resources and knowledge to economics. Regarding human resources, after the civil war our country lost many of scholars and intellectual people. They were murdered alongside their inventions and all of their knowledge and wisdom wasn’t archived for the next generation. Therefore, the new generation have had a difficult time studying about their own culture, arts and the challenge of keeping their identity. Secondly, people faced real financial struggles. Walking on the path of the artistic industry, a lack of public support and stable finances were the most challenging issues. Most artists are struggling to make a daily living and only survive with a small income from their paintings today. Back then, these problems pushed many talented artists to give up on their passion and choose to pursue another career. Currently, we lack people who sketch and paint. When there is an absence of art and creativity, there is a  lack of new ideas to keep up with the evolution of life. Last but not least, knowledge and wisdom, by
which I mean a lack of senior guidance and support. Back in my day, we didn’t even have a proper art school to study never mind adequate documentation, research paper and art history
to read.

GT2: What is your view on the value of art and its influence on society?

The concept of art mostly revolves around two components of life. Nature and the society people live in. People usually draw their artwork from the events they can’t seem to forget, which sometimes can be a happy moment and sometimes can be a horrific event. Art casts a strong influence on society. It can unite people, bring harmony to the living and create peace in society. 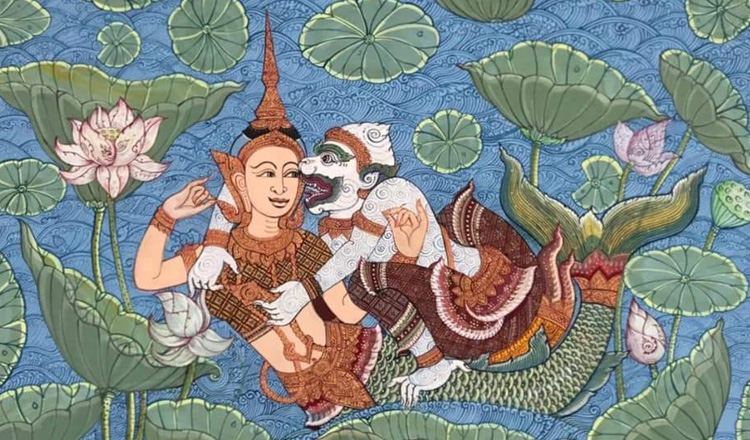 GT2: Most young people in Cambodia view art in a negative way because they believe it is too difficult to make a career from it. What’s your perspective or advice on that?

Young people should not think about art in a negative way. They should think that the future of Cambodian culture and art relies upon them and their decision making. In this era, it is not as bad as it was in the past. As long you know clearly what you want to do and remain dedicated, you will be able to accomplish your objectives and become one of the fine Cambodian artists.

Is COVID-19 Saving or Slaughtering Wildlife?

Our Dystopian Pick on Netflix