In the digital era, youngsters require new technology in order to develop their skills.

Indeed, most students feel pressured to get a computer or a smartphone, which during the pandemic has become essential, as online learning via apps promoted by the Ministry of Education, Youth and Sport require capable technology, with internet access.

A local startup, made in Cambodia, has offered a solution with their brand new laptop named KOOMPI. The brand is slowly but steadily attracting new buyers who are looking for capable technology at a reasonable price.

While KOOMPI prepares to celebrate its second anniversary in the Kingdom, Va Sonyka, caught up with Thul Rithy, founder of KOOMPI, to discuss the firm’s journey in Cambodia’s digital era. 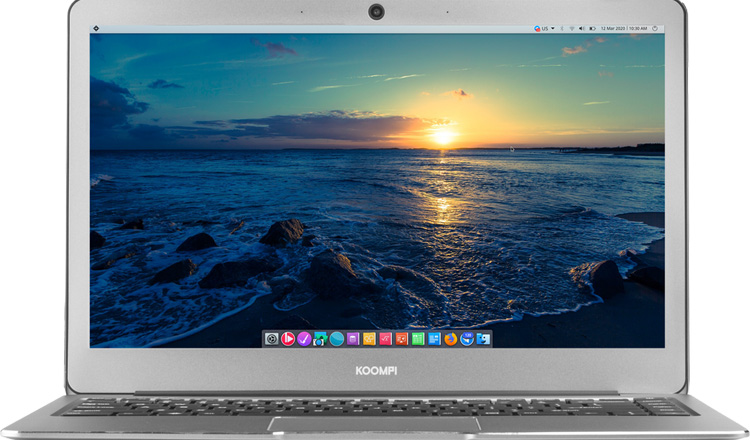 Initially, the brand produced 1,000 items, which proved so attractive to students and blue collars workers that the company announced a further 1,000 products were to be made.

Despite the spread of COVID-19, KOOMPI has hit a niche in the market, as students search for a good quality laptop in a decent price range.

“Our customers are predominantly students, who usually buy directly from us either through our website or on social media. We have also seen interest from parents, who learn about our product, looking to buy,” he said.

According to Mr Rithy, approximately 1300 items have been sold and around 300 items have currently been lent to public schools in Cambodia.

“Our goal is to help students located in the countryside or the city to learn using open-source software via KOOMPI,” said Mr Rithy.

In an effort to contribute to this cause, the founder created an initiate where both students and teachers can receive training from KOOMPI staff to learn how to operate the system. “Our team is working closely with local schools, such as Sisowath High School and Wat Bo primary school to find out the needs of our customers. Once the pandemic has improved, I hope to continue to contribute to affordable learning with the technology we have on offer,” he said.

Keyboard issues were a major problem with the first edition of KOOMPI, resulting in nearly 50 percent laptops being returned under the company guarantee. “We received about 500 laptops back which required fixing. It is our mistake but we have learned from it,” he said.

“The lesson taught us how to improve the second edition of our laptops. We have expanded our team from just a few people to almost 30. As a result, we have improved our product,” said Mr Rithy, adding only 20 laptops of the second edition were returned.

KOOMPI, Mr Rithy said, is successful as there is a demand from young people who want to embrace technology.

“Students aged between 11 and 18 are our target customer, especially those learning at New Generation Schools. We found that students don’t mind which software they are using as long as it is a capable tool with which to communicate and write programmes. Therefore, KOOMPI fits the bill perfectly,” said Mr Rithy.

The good news for young techies is KOOMPI which will be launching its new 28cm laptop at end of August, with prices starting from $130. According to Mr Rithy, the pre-sale for these KOOMPI laptops will start at end of July. He said the new KOOMPI is best for children between 9 and 15 years of age, as it’s small and easy to carry.

KOOMPI is aiming to manufacture 1000 28cm laptops in its first phase of production.

As well as the new 28cm laptop, he revealed that the team making every effort to integrate 4G technology into new products going forward.

The team is also studying and researching how to make future KOOMPI products battery life last for 30 hours, he added.

How does COVID-19 Change the Way We travel?

Get your sweet tooth fix at Crumbs