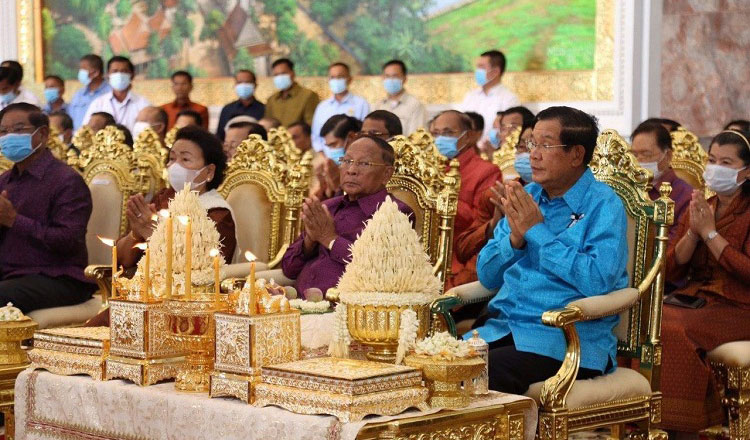 The construction of the “January 7 Building” began on Nov. 11, 2018 at the same location of the previous headquarters, along Preah Norodom Boulevard in Sangkat Tonle Bassac, Khan Chamkar Mon, Phnom Penh on a land area of 1.6 hectares.

The 150-metre-long and 74-metre-wide building has five floors. It has been constructed with Khmer architecture reflecting unity, solidarity and prosperity of the Cambodian nation and people as well as CPP.

Besides offices, meeting rooms, conference rooms, the “January 7 Building” can accommodate up to 10,000 people with more than 800 parking spaces. C. Nika/AKP

RCEP, to which Cambodia has reaffirmed its commitment, manifests free trade, multilateralism amid global difficulties