Phnom Penh, 18 June, 2020: Royal Enfield, the fastest growing motorcycle brand in the world, today announced its entry in Cambodia, with TF Motors as its official Distributor in the country. The iconic motorcycle brand launched its first flagship store in the heart of Phnom Penh at Russian Federation Boulevard, commencing its full operation in Cambodia. 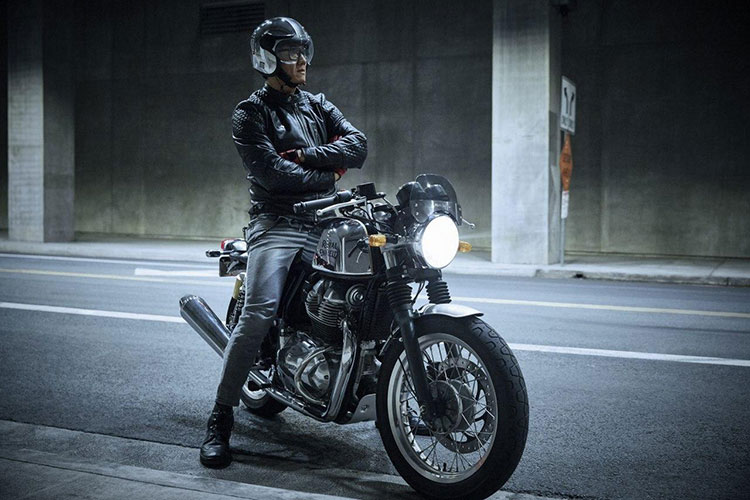 Royal Enfield, born in 1901 in the city of Redditch in the UK has challenged the conventions of the motorcycle industry for more than a century. The brand with a strong British legacy of 119 years that includes the two world wars, manufacturing the oldest motorcycle in continuous production – the Bullet, and being on the forefront during the best years of British automobile and motorcycling history, made its journey from U.K. to India in 1950’s where it is currently manufactured. Today Royal Enfield is one of the fastest growing motorcycle brands in the world and a one of the leading player in the mid-size motorcycle segment (250cc-750cc) globally, is now a division of publicly traded Eicher Motors Limited (EICHERMOT), in India. 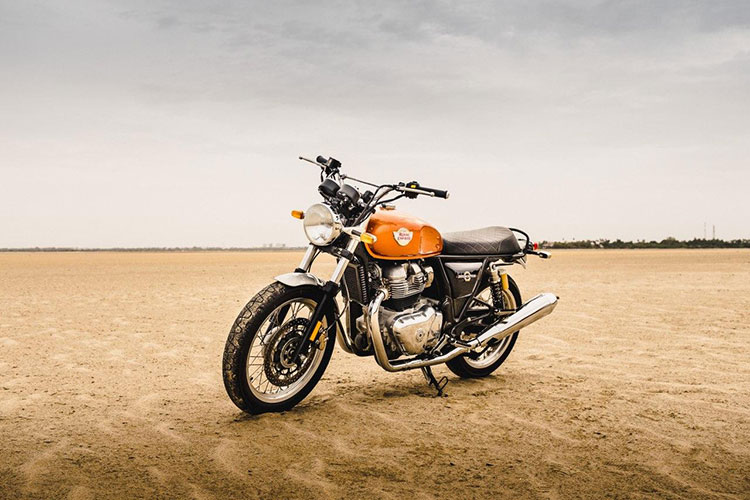 Vimal Sumbly, Royal Enfield’s Head of Business – APAC markets, unveiled an ambitious outlook “Royal Enfield has become a very important player in the global mid-size motorcycle market by re-inventing this space with motorcycles that are evocative, engaging and great fun to ride. We are delighted to be formally entering Cambodia, which happens to be one of the key motorcycling destinations for avid motorcyclists around the world. Together with TF Motors , we are going to build a bigger, more exciting motorcycle community in Cambodia.”

Delivering the brand philosophy of ‘Pure Motorcycling’ in every aspect of ownership experience, Royal Enfield’s first exclusive showroom in the city intends to  create a robust ecosystem comprising of highly differentiated retail experience, aftermarket capabilities, rides and community events and other adjacencies that bring to life the heritage and world of Royal Enfield. The retail space, with an ambience of a motorcycle enthusiast’s living room, features an interesting visual merchandising format, comfortable sitting spots in several corners, and innovative product displays. The store will house not only Royal Enfield’s motorcycle range, but also its complete gear range, representing – apparel and accessories, that includes the purpose-built protective riding gear and moto-inspired urban protection gear for everyday life. The space of the store has been designed not just as a point of purchase but also a meeting point for enthusiasts to have conversations around motorcycling. “In a post-performance era where riders are looking for machines that are easy to own and maintain, Royal Enfield offers evocative and unintimidating modern-classic motorcycles, with timeless appeal. We use traditional craftsmanship and modern technology as a means to create motorcycles, which stand for reviving the pleasures motorcycling at its purest. At the heart of everything we do, lies the fundamental experience of life that is authentic and real, and with that ideology we have not just pioneered and led, but also expanded the mid-size segment in India, representing the biggest motorcycle markets in the world. We see a clear opportunity to be able to do the same in Vietnam as well, with a huge commuter base seeking out real adventures and experiences, looking to upgrade to a product that enables them to kick-start the active lifelong pursuit of exploration, at the same time is accessible and practical enough for daily riding conditions.” Vimal adds.

Speaking on this partnership, Homan Tandijono, CEO, TF Motors, commented “We are honoured to partner with Royal Enfield – the world’s oldest motorcycle brand in continuous production. We share the same vision to grow exponentially by expanding our footprints in Cambodia, reaching out to more customers and communities and providing delightful customer experience. Royal Enfield undoubtedly has rich heritage and legacy, British origins and a fantastic brand philosophy.”

The newly launched motorcycles will be available in Cambodia at a retail price of:

To know more about Royal Enfield, the motorcycles, marquee rides and other initiatives, visit: http://royalenfield.com/kh

The oldest motorcycle brand in continuous production, Royal Enfield made its first motorcycle in 1901. A division of Eicher Motors Limited, Royal Enfield has created the mid-sized motorcycle segment in India with its unique and distinctive modern classic bikes. With its new manufacturing base in Chennai, India, Royal Enfield is able to grow its production rapidly against a surge in demand for its motorcycles. With more than 40% growth every year for the last 5 years, Royal Enfield is fast becoming a very important player in the global mid-size motorcycle market and is working towards re-inventing this space with motorcycles that are evocative and engaging and great fun to ride.

Royal Enfield’s motorcycle line-up includes the newly launched Interceptor 650 and the Continental GT 650, powered by a modern 648cc twin cylinder engine. Royal Enfield also manufactures the Classic, Bullet and Thunderbird models in 350 and 500cc displacement and the purpose-built Himalayan powered by the new LS410 engine. Royal Enfield operates through 18 company-operated stores and 850+ dealers in all major cities and towns in India, and exports to over 50 countries across the world including the USA, UK, several European and Latin American countries, as well as the Middle East and South-East Asia.

Royal Enfield also organizes and supports many motorcycling events and rides globally, more prominently the Rider Mania – an annual gathering of Royal Enfield riders from all over the world to the lovely beaches of Goa, and the Himalayan Odyssey, the most arduous motorcycle ride over some of the toughest roads and highest mountain passes in the Himalayas. Royal Enfield also conducts the popular ‘One Ride’ where people around the world ride out on their motorcycles on the first Sunday of April.

Becoming an AIA Life Planner Could be the Best Decision of Your Career. Here’s Why.