A group of environmental conservationists, Young Eco Ambassador, together with other developing partners today officially launched a song about Mekong Dolphin to raise awareness about the endangered spices in the Kingdom.

It’s titled “Machas Tonle”, translated in English as “the river owners”. The song aims to reconnect humans and rivers. The environmental group noticed there is a strong relationship between the Mekong River and the people which has been passed down from generation to generation. 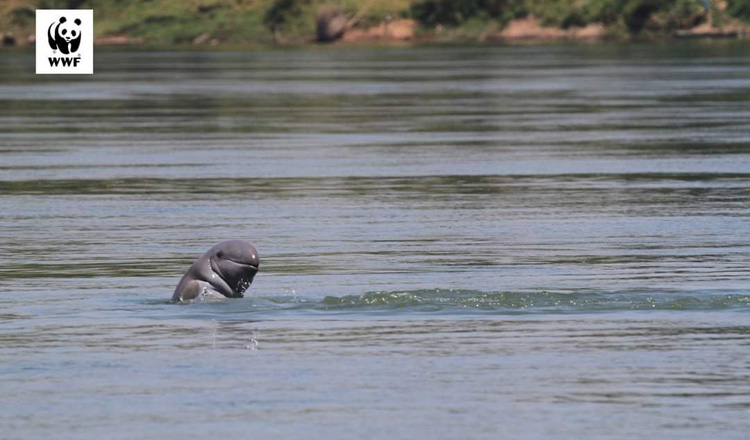 In Cambodia, the Mekong River is a source of nutrition, shelter, food, transport, tourism, health, religion and culture in each region.

Additionally, the Mekong River is also a shelter for endangered species such as the Mekong dolphin who many people in the world are trying to protect. Every year, many tourists fly to Cambodia to visit the Mekong River and the Mekong Dolphin. This helps boost local tourism and places Cambodia on the map as a place to visit.

However, it said people are further away from the river and almost forget about the benefits that the river provides in everyday life.

“In a bid to reconcile these relationships, the Mekong Youth Ecosystem team members worked together with young artists, Smallworld Smallband and Peace Chong to produce a new song about the Mekong dolphin conservation,” said the statement from Young Eco Ambassador.

The latest survey states there are only 92 Mekong dolphins living in Cambodia’s Mekong River in Stung Treng and Kratie provinces. According to Young Eco Ambassador, the Mekong dolphin are currently threatened by many factors among them illegal fishing, dam construction, environmental pollution and climate change.

This song tells the story about life on the river and the daily communication between humans and Mekong dolphins.

Suon Kimhongsopheaktra, Young Eco Ambassador’s project assistance, said the song about Mekong dolphin is one of a kind in Cambodia. They are hoping it reaches out and attracts the young people who always listen to music.

She said: “We hope to send our love and appreciation to the Mekong River by sharing this song with the Cambodian people across the country. We hope it will get our listeners to share their love, help protect the environment, especially our natural resources.”

An Artist “in the Right Place”