Huot Vichet, provincial deputy prosecutor said today that the court will start hearing the case on June 25 or June 26.

He said among the six are four Chinese nationals who have been questioned by the court. The other two, a Cambodian and a Vietnamese national will be tried in absentia because they are on the run. 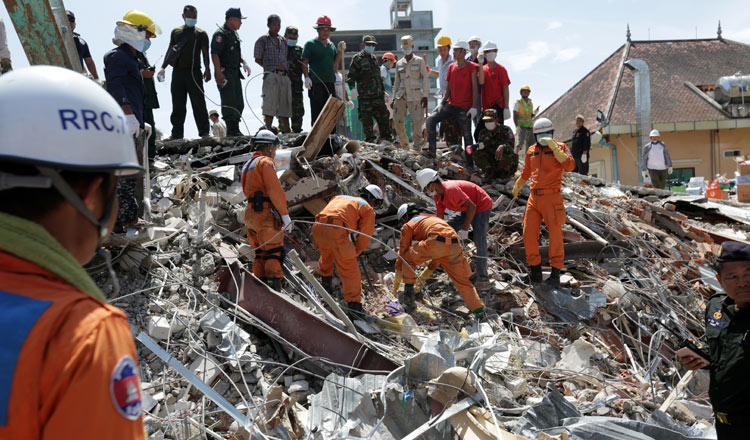 He said the Cambodian and Vietnamese are both on the run.

Kuoch Chamroeun, provincial governor, told a press conference today that the court is preparing its procedure for the trial.

“The court has concluded its investigation and is processing the case for the scheduled hearing,” he said.

Mr Chamroeun said that following the collapse officials from the Committee for the Inspection of the Quality of Buildings in Preah Sihanouk province found 16 buildings that hadn’t complied with the technical standards of the construction and ordered them to be dismantled.

“Some buildings have been demolished and some have yet to be taken down because we need to give the owners time to negotiate with their respective landlords,” he said. “We are preventing the construction of any building that does not comply with technical standards.

Mr Chamroeun said that there are about 1,000 buildings under construction in Sihanoukville, including 519 which are over five storeys.