Home - The deadly misconceptions about COVID-19

The deadly misconceptions about COVID-19

As a response to the pandemic, health authorities set measures to ensure citizens are well-informed about the effects of the virus and how to curb chances of infection. Despite such efforts, many locals have recently been flouting the rules, as seen by the increasing foot traffic in malls and other establishments. Such actions are alarming, especially with the recent diagnoses of two new imported COVID-19 cases in the Kingdom last week. The detections broke the 38-day no-virus streak of Cambodia, which began on April 12.

Below are the common misconceptions surrounding COVID-19: 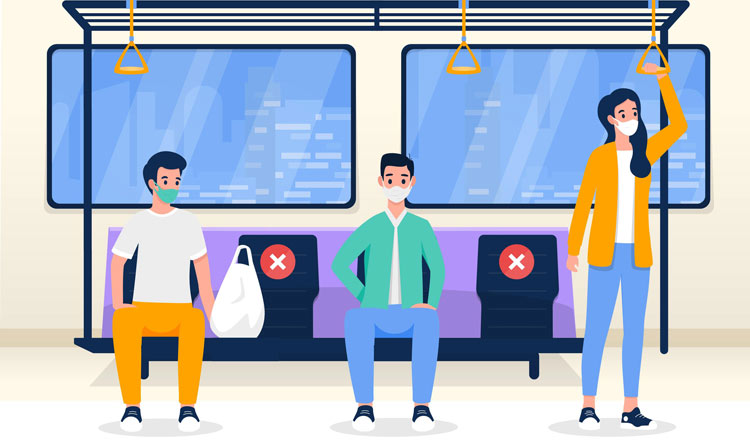 1. Disregarding hygienic rules: As prevention measures are promoted to combat COVID-19, the “new normal” has emerged as one of this year’s most-used phrases, representing the changes that have come alongside the deadly pandemic. However, not long since the enforcement of such measures, many people have been reverting to their previous lifestyle. People, despite having a cold, no longer wear protective masks while establishments, such as restaurant, have opened without observing the distancing guidelines. To immediately quell any risk of transmission, Prime Minister Hun Sen last week gave the green light to local authorities to close down all restaurants found disregarding the preventive measures. Schools were also ordered to remain closed and big gatherings continue to be banned.

2. COVID-19 is gone: Due to the dwindling numbers of COVID-19 infections in the Kingdom, locals, after being cooped up in their homes, have begun travelling to tourist destinations; beaches and mountains have become the go-to spots. Yet the Ministry of Health and WHO informed the public that COVID-19 is far from over. Health Minister Mam Bun Heng said the crisis will only be considered over once a vaccine is developed.

3. Coronavirus can’t survive in warm-climate countries: During the earlier stages of the pandemic, many people were under the assumption that the virus only thrives in cold countries as it did in the virus-epicentre Wuhan, China. As such, some locals believed the virus will not survive in Cambodia where the temperature can go up to as high as 40 degrees during the dry season. However, this was belied by the WHO, which said there is no conclusive evidence supporting such an assumption.

4. Alcoholic drinks can kill the virus: When COVID-19 started to spread in Cambodia, many people, especially from the countryside, readily believed the rumour that alcoholic drinks can fight off the virus as drinking makes one’s body temperature increase and, therefore, kill the virus. The WHO immediately rebuffed this claim, saying consuming large quantities of alcohol does nothing but impair one’s health or, worse, result in one’s death due to alcohol poisoning.

5. Panic buying: The coronavirus led many people to flock to pharmacies, hoarding medical supplies, such as hand sanitisers and face masks, and pharmaceutical drugs and supplements. This left those who are actually in need of the medical supplies empty-handed. The WHO clearly announced no medicine has been shown to prevent or cure the disease. Currently, the WHO is coordinating efforts to develop a vaccine and medicines for the prevention and treatment of COVID-19 and will continue to provide updates until such drugs are available.

Turn negativity of 2020 into positivity

Care for the New Mother