At the age of 17, Takeo-born Chea Dalin decided to pursue her passion in the field of arts at the Royal University of Fine Arts (RUFA), despite objections from families and peers who deemed a career in art as useless. With sneers and mockeries at her trail, Dalin continued to move forward, firmly holding on to her passion and commitment to art.

Fast forward to this year and Dalin’s artworks has recently been featured in the Sa Sa Art Projects – becoming the centre of attention in what is considered as one of the biggest art exhibition series in the nation which shows off the Kingdom’s emerging artists. She made her name heard among art lovers more at her solo exhibition in TorTim Art Gallery in March 2020. In an interview with Khmer Times’ Som Kanika, Dalin regales her colourful journey into becoming the artist that she is now.

GT2: From your perspective as a youth, what value do you see in the field of arts that made you decide to pursue it despite scepticism from other people?

Chea Dalin: Our country is still developing; many important sectors are still in need of further work yet a majority of the people would prioritise other fields, including medicine, engineering, business and so on.

However, in our school, there is a quote we see written on the wall: “[If] the culture dissolves, the nation dissolves.” This helps us remember that without art, craftsmanship and other creative endeavours, the nation’s culture, tradition and identity would be non-existent. From my point of view, I believe our society has forgotten the value hidden in arts, at least to some extent. 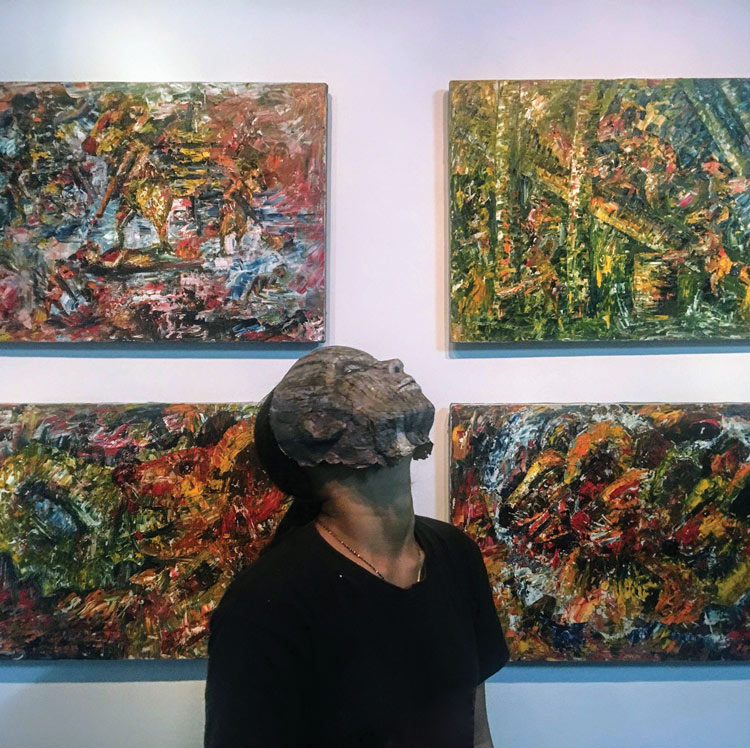 GT2: Even though you are still young, have you ever questioned the purpose of why other people or yourself love doing art and why you all are so devoted in your chosen field?

Chea Dalin: I think crafting new art teaches people a lot about themselves. It also serves as a medium for them to understand issues happening around them.

For example, when we draw or paint about a specific subject, we tend to spend a lot of time trying to understand different perspectives surrounding the subject – figuring out the why’s and how’s behind it.
Not only do artists dissect the subject from psychological and sociological standpoints, but we also interpret them in such a way that people would connect with the art’s message just from seeing it.

For me, the reason why I love making art is that it creates a personal space that allows me to introspect, as well as reflect on the issues that matter to me most. It gives me a space for tranquillity, which eases anxiety, depression, PTSD and silences the noises that I sometimes grapple with. Art, for me, is healing.

I think the same goes for senior artists who continue to produce amazing artworks despite the onslaught of criticism they receive from society. 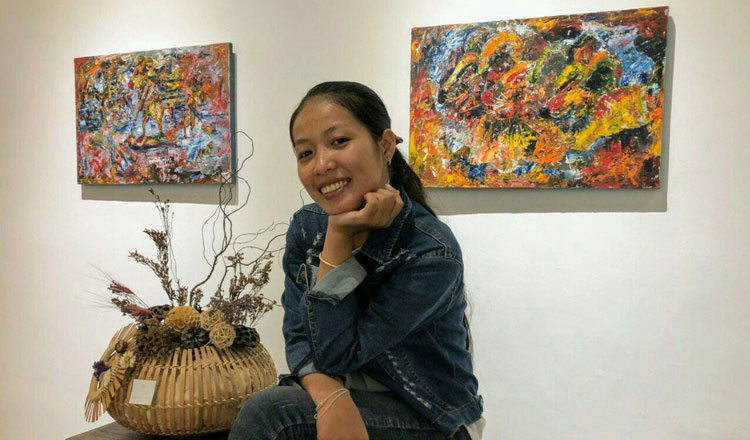 GT2: How do you think can art shape the personality or behaviour of a person?

Chea Dalin: I think it contributes a great deal to moulding a person – how one acts, behaves and so on. To finish an artwork, an artist needs to master the skill of deep concentration – similar to the process of meditation that requires one to focus only on one subject and deeply reflect about it.

My favourite works are abstract artworks because they motivate you to see more than a single message or meaning in one piece. It demands both artist and audience to think outside the box.

Lastly, art also exposes you to a whole spectrum of new ideas, concepts and ideologies which will, in turn, broaden your understanding about the world you live in. 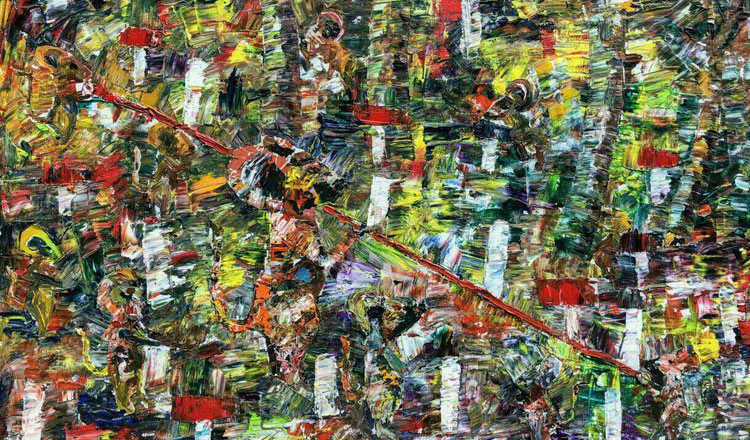 GT2: As you are now on your third year of pursuing your art degree, what do you wish to contribute to the Cambodian art scene in the future?

Chea Dalin: I don’t know if my plan will still be the same in the years ahead, but I hope I can form a team of Cambodian artists that can inspire each other to produce more magnificent artworks which reflect society, its people’s lives and other important but otherwise overlooked issues.

It is also my dream to help the young people of Cambodia to see the value of their own culture and art, as well as to arouse their talents and potential to create an identity of the Kingdom’s art culture.

A Full House of Bunnies

The Things You May Not Know about Rabbits