ARCHAEOLOGICAL teams of the Apsara Authority found three types of ancient objects at the Kandal Srah Srang temple of Siem Reap province’s Angkor Archaeological Park. Another statue found by villagers in the Preah Vihear province’s Russei Treb National Park has already been handed over to the provincial department of culture.

Long Kosal, Apsara Authority spokesman, said yesterday the working team and archaeologists conducting the excavations at Kandal Srah Srang temple on Monday have discovered three types of ancient objects, including two metal tridents, one of which was intact and another with only the end point remaining, many crystal stones and a large piece of a dragon head.

“For these archaeological remains, the archaeologists have not yet been able to conclude the era and purpose of these objects, as it is just the primary stage of excavation,” he said.

Mr Kosal said immediately after finding the artefacts, the working team handed them over to the Preah Norodom Sihanouk-Angkor Museum for repairs, cleaning and storage. 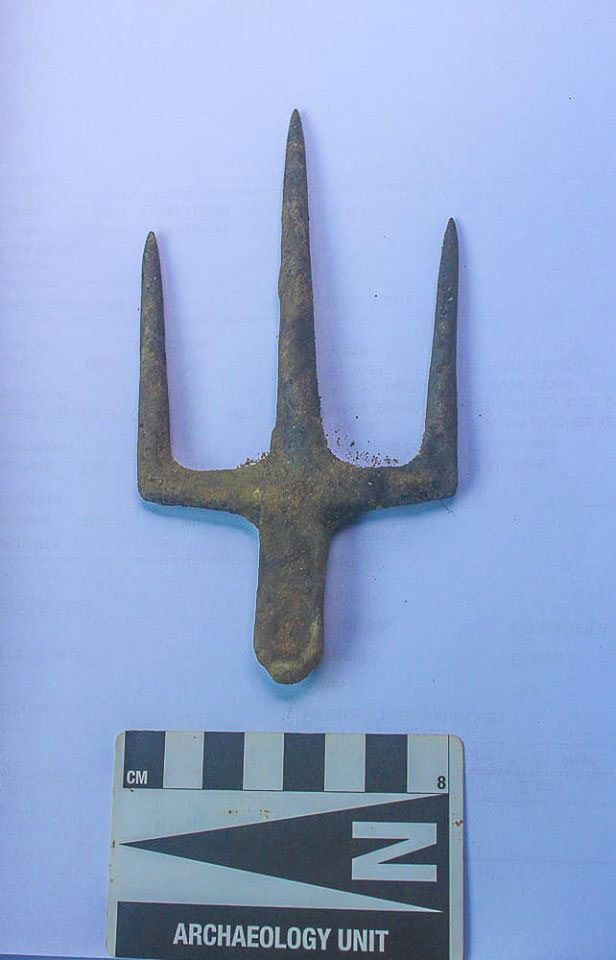 The archeological excavations at the Kandal Srah Srang temple started in late March and is scheduled to complete within six weeks.

The Preah Vihear provincial authority on Monday also handed over the torso of a statue to the provincial Culture and Fine Arts Department after it was discovered by villagers in the Russei Treb National Park in Chhep district in late April.

Nov Chankong, director of the Preah Vihear provincial culture and fine arts department, said yesterday the body of the female statue made of sandstone is 0.7 metres in height and 0.1 metre thick. It is badly damaged as it did not have the head, legs and arms, making it difficult to determine the era and style.

“In accordance with the primary conclusion, the statue is a god probably in Hinduism and from the 12th century,” he said.