The Senate is expected to approve the “State of Emergency” draft law right after its Permanent Committee moved to place the draft for a special plenary session today.

Acting Senate President Sim Ka led the Permanent Committee yesterday to review the report made by the Commission on Legislation and Justice, after it was assigned to assess the draft law.

The commission on Wednesday finished its assessment of the draft, following its unanimous approval by the National Assembly last week. In the review, the commission cleared the draft from violating the Constitution.

Senate secretary-general Oum Sarith said in a statement yesterday: “Upon review, the Permanent Committee decided to set the plenary session for Friday, April 17, 2020 at 8am to review and debate on the Law on the Management of the Nation in Emergencies.” 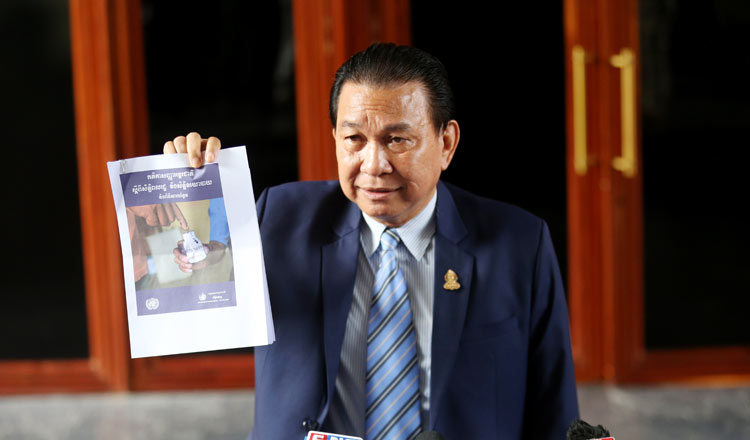 The law, which comes amid the COVID-19 pandemic, consists of five chapters and 12 articles and is based on the “Article 22 New” of the Constitution which states: “When the nation faces danger, the King shall put the country in a state of emergency with the agreement of the Prime Minister, the President of the National Assembly and the President of the Senate.”

Cambodian People’s Party senator and spokesman Mam Bun Neang said after the meeting yesterday that the draft law seeks to maintain national security and public order and protect the lives and wellbeing of the people, as well as their properties and the environment, should the nation be in crisis.

However, four UN human rights experts, including Rhona Smith, special rapporteur on the situation of human rights in Cambodia, said the proposed law may restrict the people’s rights to freedom of expression and peaceful assembly.

“While we do not wish to prejudge the accuracy of the information received, we express our deep concern with the far-reaching scope of the draft law and its impact on the enjoyment of civil and political rights,” the UN experts said.

“This law is different from other democratic countries. We drafted the law
in accordance with both national and international human rights standards,” he said. “What’s most important to note is that this law is not like what the critics say – that ‘the law gives more power to the government to do whatever they want.’ The contents of this law are good.”

Mr Malin said the government is mandated by the draft law to continuously report measures it has implemented while the country is placed in a state of emergency to the National Assembly and the Senate.

“If the legislative bodies consider the implementation of a state of emergency as unnecessary or notice any abuse of rights, they can terminate it,” he added.