The act of several research scientists publishing scientific papers in China regarding the Novel Coronavirus pandemic during the early stages of the country’s outbreak has stirred quite a controversy and dissatisfaction within Chinese society, centring on the two following issues. One, if the researchers had known about the epidemic beforehand but kept mum about it, awaiting their research papers publication, and, two, if the researchers placed their research interests ahead of the public’s welfare by prioritising the publication of their papers in foreign journals over dealing with the epidemic.

Because of a lack of official information disclosed and a rather sloppy attempt by the government to quell the contagion during the early stages, this caused suspicion to surface among the public towards the government, triggering another huge uproar.

Logically speaking, if an unknown public health emergency ever breaks out, research and epidemiological studies must be conducted in order to understand how the contagion functions. The intention of publishing papers in international journals is to share any findings that would give the international scientific and medical community a better chance at understanding the characteristics of the virus at hand and allow them to conduct joint research and prevention attempts. True enough, the urgent publication of the papers helped various countries in their analysis of the epidemic tremendously, although it came at the expense of preventing (and controlling) the epidemic on a domestic level effective immediately. That, coupled with the government’s sluggish response and lack of transparency towards the matter further drove the frustrated public to redirect their dissatisfaction towards the scientific researchers for their eagerness to publish their papers first.

For a long time, China’s scientific research evaluation system has been defined by the standards of “papers published, title garnered, education level, awards received”, meaning that scientists who have published countless papers received many titles, possess great academic backgrounds and would be in more favourable positions regarding jobs. When it comes to the following aspects: (a) national science and technology programmes, (b) national science and technology innovation bases, (c) central scientific research institutions, (d) national science and technology awards and (e) innovative talent promotion programmes, the quantity and contribution of papers are excessively emphasised, albeit in an unhealthy manner while the quality, contribution and influence of landmark achievements are often downplayed. The evaluation standard which overemphasises the number of published papers caused a large number of researchers to participate in the scientific research scene rather competitively i.e. focusing on producing papers, with large resources having been invested in them. Ironically, the investment put forth in such scientific research does nothing to provide a substantial boost to China’s basic research and applied research. A large number of scientific research achievements have neither made valuable breakthroughs in the field of basic research nor made meaningful practical contributions in the field of application and practice. A case in point is that China’s only ever Nobel Prize in science was awarded to Tu Youyou, a researcher of “three no(s)” （i.e. no education, background and capital） for her team’s discovery of artemisinin – an anti-malarial drug that saved millions of lives around the world and whose work was immortalised in history. 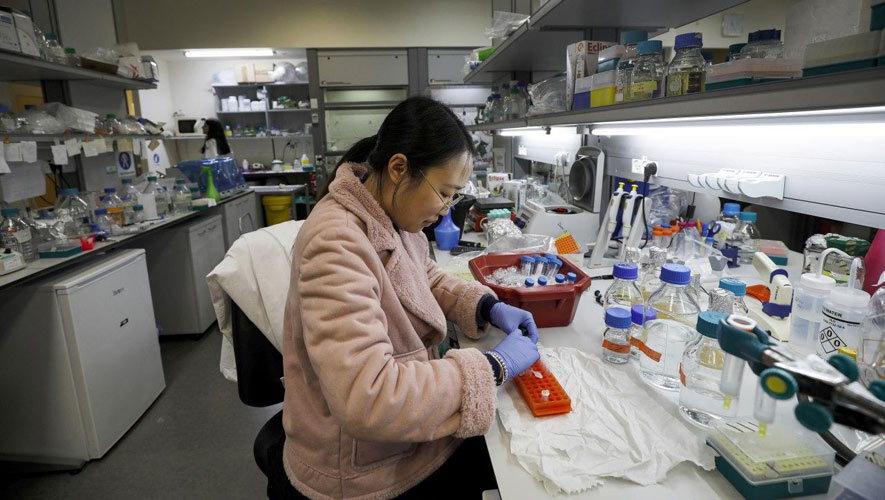 The evaluation standard that excessively emphasised the number of published papers has caused a rat race among researchers. One of the reasons for this is that papers and impact factors are directly linked to many interests – professional titles, grades, bonuses and research funds. According to public information published by top international journal Science in an article titled  “Cash bonuses for peer-reviewed papers go global”, which systematically analysed the average of global cash bonuses provided for scientific papers around the world on Aug 10, 2017, China came first on the list. This is because Chinese universities typically offer first-time authors in excess of US$ 43,000 for publishing a paper in Science or Nature, with the top reward for such papers a jaw-dropping amount of $165,000, 8.3 times as much (approximately $20,000) as Saudi Arabia, which ranked second, and about 30 times more than developed countries such as the UK, the US and Australia. It is worth noting that most of the countries included in the list are developing countries, indicating that a common trait of developing countries is to stimulate research with cash bonuses.

Thus, in recent years, the Chinese government has been promoting a change of the evaluation system in scientific research. In early July 2018, the General Office of the Communist Party of China Central Committee and the General Office of the State Council issued a plan known as  “Ways to deepen the Reform of Project Evaluation, Talent Evaluation and Institutional Evaluation” and proposed to improve the evaluation method of scientific and technological talents, highlight the importance of moral ethics, professional ability and work performance as well as do away with the principles of “papers published” and “impact factors”. In February 2020, the Ministry of Science and Technology and the Ministry of Finance jointly issued the plan – “Several Measures to Eliminate the Ill Habit of Prioritising a ‘Papers Only’ Approach in Science and Technology Evaluation (Trial)”. The relevant measures emphasised the practical value in project topic review, national science and technology innovation base, technology research and development institutions and relevant projects, and not to take the paper as the main evaluation basis and evaluation index. The implementation of this measure plan will be evaluated after a one-year trial period. It is clear that the outbreak of Novel Coronavirus has stimulated the reform in China’s scientific research evaluation system and is expected to be fully implemented after the outbreak. China’s scientific community, which has long been dominated by papers and impact factors, is in for a major shakeup.