Netflix subscribers looking forward to watching Spenser Confidential, the fifth collaboration between director Peter Berg and the ever-likeable Mark Wahlberg, should brace themselves for a disappointing experience.

Based loosely on the novel Wonderland by Ace Atkins, protagonist Spenser (played by Wahlberg), is a former Boston police officer who wants to leave the city and restart his life after serving a five-year prison sentence for intervening in a domestic dispute and assaulting his captain John Boylan. However, on the exact same day that he is released, Boylan and another cop are brutally murdered. Along with his roommate Hawk (Winston Duke), an MMA fighter, Spenser tries to piece together the series of events associated with the murders and the pair are sucked into the seedy underbelly of the city, a shady place of drugs, violence and corruption.

The fact that a big star like Wahlberg plays the leading man makes the movie watchable, but a good film needs more than just a starry cast. In fact, almost everything apart from that fails to satisfy. Firstly, the keywords here are meant to be ‘comedy’ and ‘action’, but the laughable scenes are in short supply. There are some great one-liners, but that’s it; neither slapstick nor dark humour. Meanwhile, the action is not only inadequate, with most of the scenes being occupied by talking and flashbacks, but also mostly unrealistic. The best fighting scene is probably the one with a German Shepherd dog. Srsly.

All of these could have been helped with good plots and storylines. Unfortunately, those too are flops. The plots are extremely lazy; safe to say the laziest of all Wahlberg’s works. Viewers need to focus too hard to understand the story. That’s hard given that there are so much more talking than doing, and so many hard-to-remember names.

The soundtrack, however, is an exception. Steve Jablonsky, who composed music for the Transformers film series (a true hit for Wahlberg), has proven that he is one of the top guys in the business by coming up with a catchy score that hits the right note.

Unlike the rest of the movie. 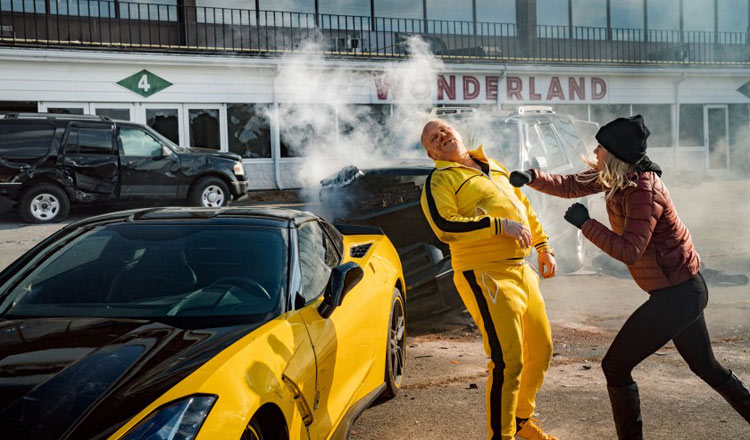