Pursat province – JICA’s irrigation rehabilitation project in the provinces of Kampong Chhnang, Pursat and Battambang is about 90 percent as it is set to conclude in the middle of this year.

The Japan International Cooperation Agency in 2016 granted concessional loans to the government for the renovation of irrigation systems of Ream Kon and Por Canal areas in Battambang; Damnak Amptil, Wat Loung and Wat Chre areas in Pursat; and Lum Hach area in Kampong Chhnang.

“When these projects are completed, approximately 13,000 hectares of rice and other crops belonging to about 8,500 families will have irrigation water,” Akio Yamashita, team leader of Nippon Koei Company Limited under JICA, said during a press tour of the areas in Pursat today.

Mr Akio said the project commenced in March 2016 and the majority of areas will be ready for use by the end of June, aside from Lum Hach, which will be completed in late December. 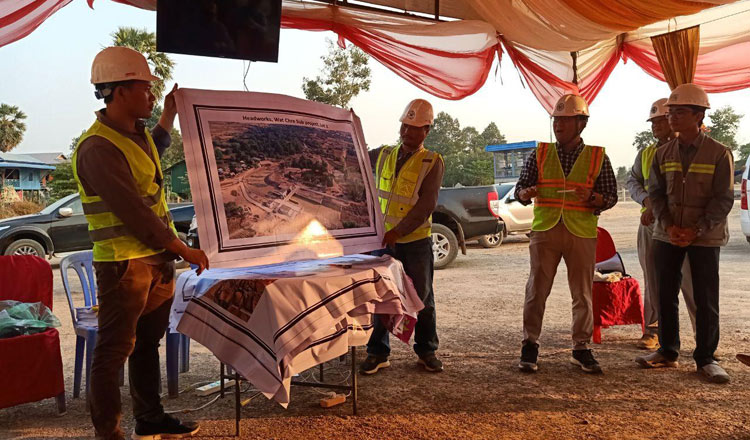 Mr Akio said JICA has spent $60 million to rework the irrigation system of each area, excluding training and capacity building initiatives for farmers.

Prum Kanthel, deputy director of the technical service centre for irrigation and meteorology under the Ministry of Water Resources and Meteorology, said JICA’s project has benefited farmers who rely on agriculture yields for a living.

“Once the irrigation and drainage rehabilitation and improvement project is complete, the Ministry of Water Resources and Ministry of Agriculture, in partnership with JICA, will continue to work to strengthen communities,” Mr Kanthel said.