Consumption of clean water increased to 331 million cubic metres in 2019, as the government aims for its 2025 goal to have 100 percent of households in urban areas connected to potable water.

According to current figures from the Ministry of Industry and Handicraft, 4.9 million Cambodians are already connected to clean water, representing 80 percent of urban households in the country.

Minister of Industry and Handicraft Cham Prasidh has called on the private sector to invest in the clean water sector to assist in helping the government reach its goal.

Cham told Khmer Times that as the demand for clean water has risen the government has encouraged investment from the private sector to assist in producing and connecting more Cambodian households to clean water.

“The ministry encourages participation from the private sector to help build and expand clean water distribution systems to new areas.

“We are also increasing attention to clean water distribution to ensure both urban and rural households enjoy access to clean water. 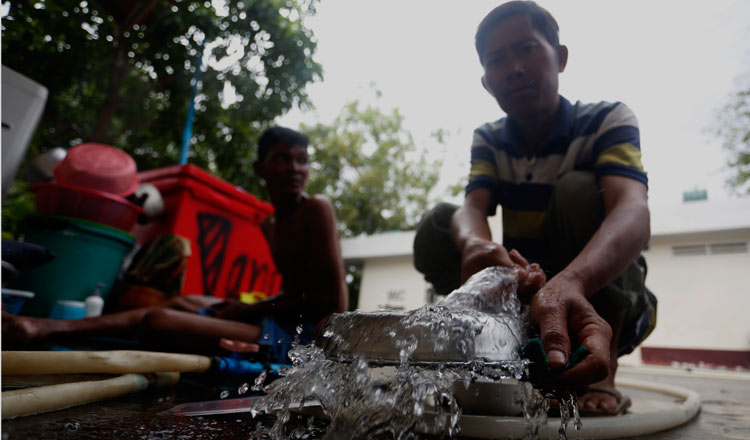 “As the percentage of clean water that is supplied by state-owned enterprises is limited, it is vital to encourage the private sector to invest in infrastructure and produce quality water safely, sustainably and at a reasonable price.”

A total of 73,830 kilometres of pipeline have been connected to households across the country, of which, 68,682 kilometres were built and are owned by the private sector.

According to charity water.org, approximately 3 million people out of the total population in Cambodia lack access to safe water, and 6.5 million lack access to improved sanitation.

Although Cambodia has one the fastest growing economies in Asia, the gross domestic product per capita still remains low compared with neighbouring countries and access to affordable financing for water and sanitation remains a barrier for families in need of securing water connections and toilets for their homes.

Sim card and internet subscribers on the rise