MADRID, March 1 (Xinhua) — Second half goals from Vinicius Jr and Marcelo Diaz gave Real Madrid a deserved 2-0 win at home to FC Barcelona on Sunday night and took Zinedine Zidane’s side back to the top of the Liga Santander.

Barca had the best chances in the first half, but saw Thibaut Courtois save twice from Arthur Melo and Leo Messi, but after the break Real Madrid were clearly the better side as they pinned Barca in their own half and provoked a series of errors from the visitors.

Vinicius opened the scoring in the 71st minute after being given space to run on the ball, with his shot taking a deflection off Gerard Pique on its way through to goal and although the game opened up in the last 20 minutes, Madrid always looked closer to a second goal, which came from substitute Marcelo with his first touch in the last action of the game. 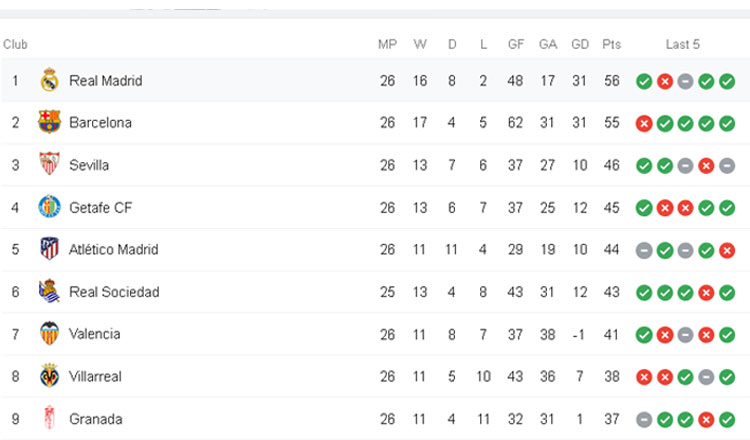