The slew of hotel openings continues unabated in Cambodia despite the COVID-19 scare, which halted or put on hold plans for similar projects in several other neighbouring countries.

The spread of the new strain of coronavirus, which originated from the Chinese city of Wuhan, is casting a huge shadow over the tourism and hospitality sectors of many nations around the world.

In more than a few countries within the continents of of Asia, Europe and North America, the tourism industry has been hit hard by the highly contagious disease and the fear that comes with it. Flights have been suspended, tourist arrivals have decreased and hotel occupancy has gone down. 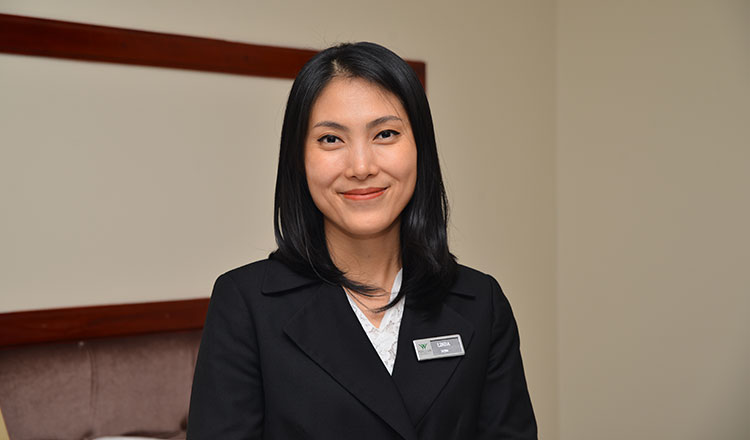 This has led to jittery hotel developers suspending some projects or putting an indefinite hold on plans to expand locally and internationally. Indian hotel chain Oyo has halted its own expansion plans in the face of COVID-19.

But apparently, the same response is not happening in Cambodia. There have been no reports of hotel projects being stopped or developers cancelling their plans because of the problem.

In fact, there have been several hotel openings in the last few weeks, with more on the horizon in the very near future.

On Thursday, Phnom Penh’s Poulo Wai Hotel & Apartment announced that it is now ready to offer luxurious service to customers after holding a soft opening ceremony.

In the next few weeks or months, there are several more major hotels projects scheduled to open their doors to customers, including the first Hyatt Regency hotel, also in the capital, which is being developed by the business conglomerate Chip Mong Group.

Angkor Dome Resort has announced that its resort project in Kep will open as scheduled on March 1. Angsana Siem Reap, another luxury hotel in Siem Reap province, is slated to open its doors in the second quarter of this year.

For the Poulo Wai Hotel and Apartment soft launch, more than 50 guests gathered at the White Lounge Restaurant and Bar to celebrate the occasion. The guests included top management of the hotel, government officials and business leaders. Those present included Poulo Wai Hotel and Apartment General Manager Cheung Sokha and Chhay Sivlin, president of the Cambodia Association of Travel Agents.

After some presentations and speeches about the project, the guests were given a tour of the rooms and amenities within the hotel.

Ly Linda, director of sales and marketing at Poulo Wai Hotel & Apartment, explained that what sets it apart from similar developments in Phnom Penh and other parts of Cambodia is that they offer rooms with hotel-like services.

These include a concierge desk, swimming pool, sunbeds and towels, a gym, laundry and valet service, 24-hour room service, plus a hairdressing salon and a souvenir and gift shop.

This new development is similar to the Condotel and Branded Residences concepts that, while already widespread in other parts of the world, is still fairly new to Cambodia.

Ly also noted that the location of the Poulo Wai Hotel & Apartment in the capital’s Daun Penh area was was chosen for its proximity to many of Phnom Penh’s many renowned attractions. These include the Central Market, the Royal Palace, Wat Phnom, historical French colonial buildings and Phnom Penh’s famous Riverside area. Embassies, Government offices, banks, shopping centres, sports clubs and other amenities are also nearby.

Occupants will also enjoy access to an on-site wellness and spa centre, restaurant and a rooftop bar with views of the Chaktomuk River.

Cambodia faces supply chain crunch, no thanks to COVID-19

Japanese restaurants rocket to top of best in world list