Pen won via a TKO in the second round of their title match, which was held at the Manila Arena in Manila, Philippines early this week. Pen now owns a 6-0-0 record. Five of his six wins came via knockouts. Bajawa, who has engaged in more than 60 bouts, has 43 wins, 11 losses and four draws.

Reigning champion Pen came out aggressive from the opening bell, using his height advantage to pummel his opponent no end in the first round. The feisty Bajawa fought back and was even landing a flurry of punches in the early stages. But a combination of left uppercuts and right hooks delivered in quick succession caught the Indonesian fighter off-guard and sent him reeling more than a few times.

A quick punch plus apparent exhaustion sent Bajawa to the canvas towards the end of the first round. After a brief stoppage, the fight resumed with Pen capitalising on his height, size and reach advantage to further punish the hapless Bajawa. In many instances, Pen’s punches forced Bajawa on the ropes.

Bajawa momentarily recovered and tried to fight back in the second round. But Pen would not let up, successively landing punches to the body and head of Bajawa. A left hook sent Bajawa once more to the canvas, two minutes into the round. 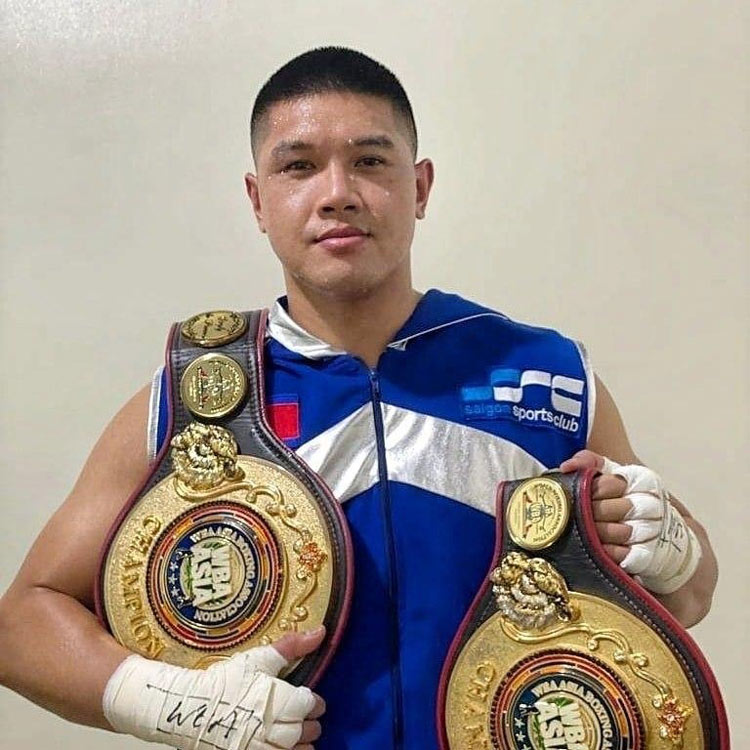 But Bajawa would not give up and engaged Pen in a sharp flurry of punches, before being knocked down for the third time and asking referee Ferdinand Estrella to halt the match at the end of the second round.

Estrella ended the fight and Pen retained the WBA Asia belt, which is a prestigious and much-coveted belt, managed by the World Boxing Association.

“It was a very exciting win because I successfully defended my championship title. The match started according to my plan, which was to really come out strong in the first round and hurt him so well he respected my power. It was not so tough because I trained extremely hard for this fight,” Pen said.

“Bajawa is a veteran of the sport and it seemed like he was in for the fight in the first two rounds. I’m not sure what happened after that,” he added.

Pen said he prepared hard for the bout. “I was in training camp as soon as I was done with my last fight in late November. So, I was in top shape,” he revealed.

The Cambodian-American boxer won the title last year after beating another Indonesian boxer, Satria Antasena, in the first round of their bout in Ho Chi Minh City, Vietnam.

“My future plans are to just keep going forward. Train hard and fight. As I keep moving up, so will my opponents. No upcoming fight has been set up, but I look forward to one within the next few months and I’ll be back in the ring,” he stressed.

The 27-year-old Pen was born to Cambodian parents in the United States. He currently lives in Vietnam but has chosen to represent Cambodia in competitions.

During the same event, Dinh Hoang Truong, a promising boxer from Vietnam, successfully defended his WBA ASIA Super Middleweight title versus Yuttana Wongda of Thailand. Truong won after knocking out his opponent in the second round.

Both fights were promoted by Highland Promotions/SSC Promotions.