The Ministry of Interior’s Anti-Drug Police Department, in collaboration with the Customs and Excise Office of the Phnom Penh International Airport, on Saturday arrested a 72-year-old Japanese national for carrying and attempting to smuggle nearly 2kg of crystal methamphetamine from Cambodia to Japan.

General Mak Chito, deputy National Police, identified the suspect as Nonaka Shunichi who entered the Kingdom as a tourist on February 11.

Around 11pm on Saturday, Shunichi checked in at Phnom Penh International Airport awaiting his flight bound for Aomori, Japan. 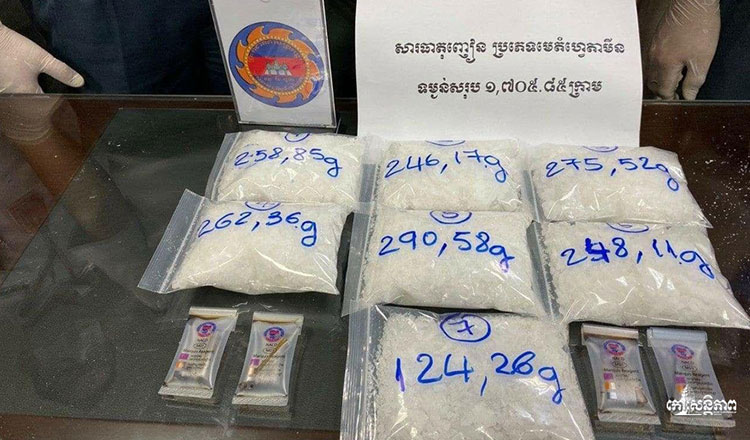 Gen Chito said the customs police officer on duty saw the drugs hidden in Shunichi’s luggage as it passed through the scanning machine. The suspect was arrested immediately afterwards.

“He was caught carrying drugs at the Phnom Penh International Airport after the customs police inspected his luggage.

“Police seized a total of seven bags of crystal methamphetamine, weighing 1,705.85 grams [nearly 2kg]. The drugs were stored in plastics and tucked at the bottom of his luggage,” told Gen Chito to Khmer Times.

He added during police interrogation, Shunichi confessed to the offence, saying he was hired by an unidentified Ghanaian man living in Japan to travel to the Kingdom and smuggle out drugs received from an unidentified Nigerian man in Phnom Penh. 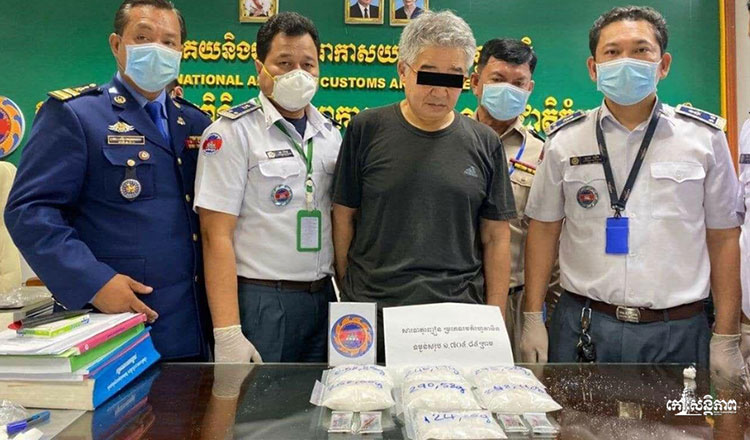 “He admitted to accepting the Ghanaian man’s proposal because he was promised a substantial amount of money, which he needed,” said Gen Chito.

Aside from the promised payment, the suspect’s travel expenditures, including his food and accommodations, were paid for by the unidentified Ghanaian.

The suspect confessed to receiving $1,000 upon his arrival to Phnom Penh on February 12 and meeting the Nigerian man at a hotel to receive the package the following day.

A search, Lieu Gen Vannak said, is now underway for the arrest of other suspects related to the case.