Home - In the Forbidden City and beyond, the life of cats

In the Forbidden City and beyond, the life of cats 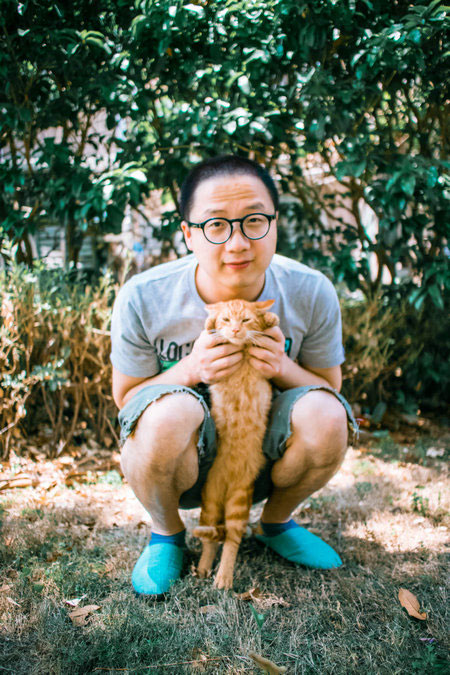 It was a cat named Snow White that got Wu Hongli started. It was a cold night in Shanghai in 2012 and Wu, who began taking photos when he was 19, came across the cat at the backdoor of his workplace.

She was trusting enough to allow him to pick her up, and soon she was enjoying his loving attention, lapping up food and water within the warm confines of a handmade shelter. But Snow White, as Wu named her, would have a surprise for her new guardian.

Over the next several days she was joined by one kitten and then another and then another, until Wu finally realised the full extent of his new family responsibilities: Just before they met, Snow White had become the proud mother of five.

Both smitten and inspired, Wu was soon prowling the streets, alleys, parks and nooks and crannies of Shanghai in search of cats, not necessarily looking for more mouths to feed, but at least to capture the cats on film.

With that passion, Wu would eventually turn tail on one profession, visual designer, and take up another, cat photographer, one who now has more than 3 million followers on the social media platform Sina Weibo. Over the past six years he has taken more than 70,000 photos of cats on the streets of more than 20 cities across China.

On New Year’s Day he published a collection of photos that captures cats jumping high from high roofs. The photographer named the series as “jumping from 2019 to 2020”, marking the change of year, and soon Wu had been flooded by messages of good will from his admirers.

This month he published a book, Cats of the Four Seasons, in which he gives full play to 39 cat photos he has taken over the years. Of course anyone who owns or loves cats has their own stories to tell, and Wu’s book leaves enough space between the photos that allows them to do exactly that.

The book itself is the offspring of an earlier Wu product, a 2020 calendar containing 400 of his photos he published late last year. It was obviously a very productive year for Wu, for earlier he published a book titled Cats in Beijing, with about 100 photos he has taken in the capital over the years.

One thing that sets Wu’s photos apart from many of the feline genre is that while the center of attention is as obvious as a fashion model strutting down a catwalk, just as much attention is given to the surroundings, such as local architecture, food, people or lifestyle.

One of Wu’s most celebrated photos was taken in November 2017 in Nanjing, Jiangsu province. One thing that all of his cat-hunting expeditions have in common is that they involve a lot of walking and scouting, as Wu searches out photo subjects, be they willing or unwilling.

That November he spent a considerable time accompanied by friendly daytime light walking on and along one of the city’s most popular tourist sites, Nanjing City Wall, built during the Ming Dynasty (1368-1644). However, it was not until about sunset that Wu finally got his break. 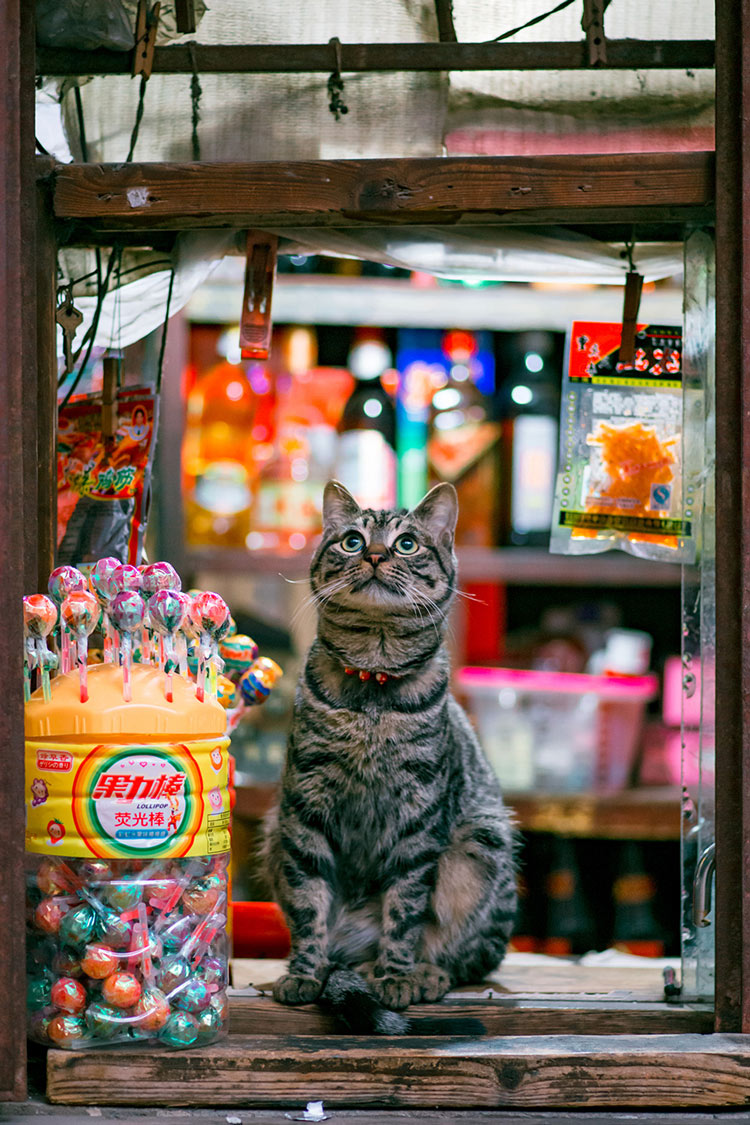 Not far away he glimpsed the heads of three little white cats and an orange tabby cat protruding from a recess in the wall. Wu squatted, steadied himself and managed to picture the cats, just above eye level, as they basked in the glow of the setting sun.

“Usually I walk the streets for hours looking for these cats, and trying to get close to them. I take cat food, catnip and small toys that can make sounds to attract their attention.

“Every one of these cats has their distinct manner and set of characteristics. You’ll get some that are totally indifferent to you and others that act like pampered little kids. I’m eager to portray their characteristics from various points of views.”

Wu likes to shoot cats in well-known locations of cities. For example, in January 2018 he photographed cats at the Forbidden City in Beijing for the first time and came across five cats. He named them “royal” cats, and when he returned to the place in March 2018 he came across them again. To him it seemed they had remembered him, “Because they didn’t run away from me”.

“Cats are like human beings living in the cities. They’ve got their particular characteristics, just like the cities. I like taking their pictures against the backgrounds of different architecture, food and local people”. His family had dozens of dogs over the years, which enabled him to be close to animals. In October, Wu held an art exhibition in conjunction with Beijing Adoption Day, a charity dedicated to promoting animal rights in China, raising money for stray cats, and several charity organisations have commissioned him to take photos of stray animals, hoping to raise awareness of animal protection.

Secrets of the online Call Girl