Hip-hop singers from Cambodia, Vuthea, Sreyleak, and Ago from KlapYaHandz music, will travel to Paris, France, at the end of February for an exclusive live performance presented by Sabay Events and Samaki Kohn Khmer. The trio, performing for their first time together abroad, will perform local songs while representing the Kingdom.

Dara is the Cambodian-French co-organiser of the event and says that after seven years organising annual art events in France, it is the first time for a Cambodian modern art platform to be represented in Paris. The three singers are renowned in Cambodia and internationally, boasting more than 20 million YouTube views for their best-known songs. Their unique musical style has attracted Cambodians and music fans in France alike, with fans following them for several years.

“After seven years we are taking something new and different from Cambodia to show the world. Cambodia has many exciting things to showcase to the world– there is much more to our country than the tragedy of the Khmer Rouge. We are rich in culture,” said Mr Dara. 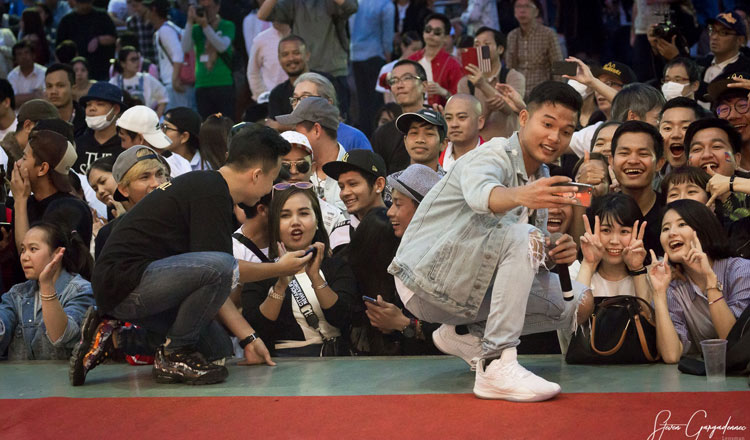 “We want to talk about the new Cambodia and we want to show the people and Khmers overseas what the new generation of Cambodia can do,” he added.

The first-ever modern concert event will bring a mix of traditional and modern music to introduce to music enthusiasts in Paris. Each of singers will perform at least 30 minutes to an expected audience of 600 people.

Mr Dara said that there are many Cambodian fans who live in different regions of France, who will travel to Paris especially for the concert.

“There will be a lot of people there who will already understand the Khmer language,” he explained. “Of course, there will be some words that people don’t understand. However, it’s not a problem; the artist’s passion for the music will help the audience get an idea of the story they are trying to tell.”

According to Dara, many people in France, including the French, really like listening to Khmer music, especially the classical songs. He added that they like the new versions of Sin Sisamuth classical music.

Vuthea, one of the trio of musicians set to perform, is excited to be in France even though he has previously performed in Korea and Japan.

“At the Paris gig, I plan to bring a lot of my own songs that I’ve worked hard to create to present to the music lovers out there. The performances include Khmer popular dances to show our non-Khmer audience about our culture and tradition,” he said. “I think it is a good opportunity to promote Khmer culture through music to the Cambodian people who live there as well as to the French to experience our culture.”

In addition to Vuthea, Sreyleak, and Ago, the KlapYaHandz’s founder, Sok Visal, will join the trip to meet the Khmer music fans outside the country.

The concert takes place on Feb 28 at the Galerie VII concert hall from 8pm-1am. Find more details on Facebook.

Antibiotic resistance: The threat is growing and the research is too slow