Australian investors have expressed their interest in various sectors in the Kingdom, said Pablo Chiho Kang, the newly appointed Australian ambassador to Cambodia.

Kang disclosed the plan during his meeting with Cambodian Economy Minister Aun Pornmoniroth this week in Phnom Penh, where the duo have pledged to boost ties and encourage more Australian investments to Cambodia.

He noted Australian investors are eyeing some potential sectors in which they are interested to invest in, such as agriculture and infrastructure, as well as the service sector including education and tourism.

The Kingdom welcomed 14,677 holidaymakers from Australia from January to November, down 6.7 per cent compared with the same period in 2018, data from the Tourism Ministry showed. 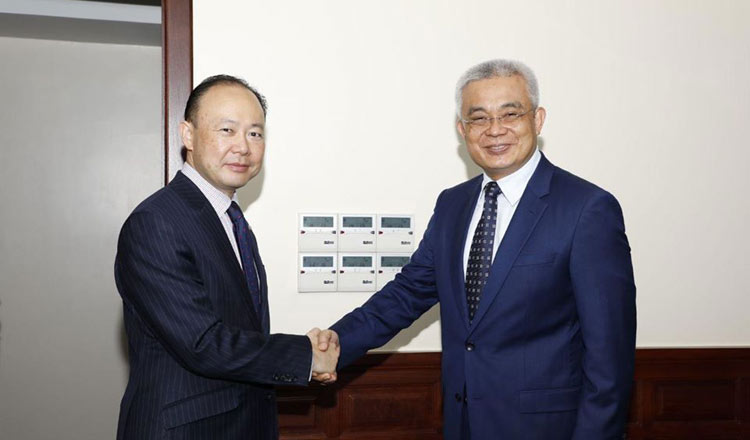 “With the country enjoying a notably high economic growth, Australia will continue to promote more Australian investments in Cambodia,” he said.

Trade volume between the two countries is still small at around $30 million when diplomatic relations re-established, which, according to Cambodia’s Ministry of Foreign Affairs, increased to about $130 million in 2017 and reached  around $150 million in 2018.

Australia has shown interest in investment, especially in agriculture, at a time the government wanted to see more inflows of cash in agriculture processing and technology, when traditionally it has exported only unprocessed food products.

“Because our industrial policy is designed to attract the industry to process agriculture products, it does not demand big capital investment. SMEs [small and medium enterprises] must run the processing both locally and internationally. We have many potential agricultural products,” he said.

From 1994 to 2017, foreign companies have invested more than $34.6 billion into the country, of which approximately 11.45 per cent was directed into the agricultural sector, according to a report by Oxfam Cambodia.