They called for the Lao government and other stakeholders to provide appropriate solutions to address these issues.

The concerns were raised at the 9th MRC Regional Stakeholder Forum in Laos’ Luang Prabang province held on Wednesday and Thursday.

During the two-day forum, organised by the Mekong River Commission, nearly 200 participants representing civil society, academics, the private sector, development partners and the governments of Cambodia, Laos, Thailand and Vietnam, shared information on the 1,460-megawatt Luang Prabang project as well as on the development of the Mekong Basin Development Strategy 2021-2030.

The five civil society organisations which raised their concerns were the NGO Forum in Cambodia, 3S River Protection Network, FACT, Culture and Environment Preservation Association and My Village.

They issued a joint statement yesterday stating that they are deeply concerned after the Lao government proposed consultation on the country’s fifth hydropower dam project, work on which is scheduled to start in Luang Prabang province later this year.

The statement said that the proposed project, together with existing projects, will pose a threat to hydrology and reduce water levels in the lower Mekong.

“The prediction of the fluctuations has not taken into account the impact of climate change,” the statement said. “If climate change, in the form of floods or droughts, occurs it would pose a serious impact on the lower downstream areas of the Mekong. The proposed project does not have concrete measures to minimise the impact.”

The statement also declared that this project will contribute to bank erosion and affect riverbank agriculture.

“We are very much concerned over fish migration species that might be affected by the proposed dam as they need to migrate up and down to find spawning and feeding ground on the Mekong River,” the statement said. “The change of hydrology has an obvious connection with fish reproduction because of the regular hydrology flow that facilitates fish species to migrate to spawning and feeding grounds and grow up in tributaries such as the Mekong and particularly Tonle Sap lake, which is in the heart of Cambodia.” 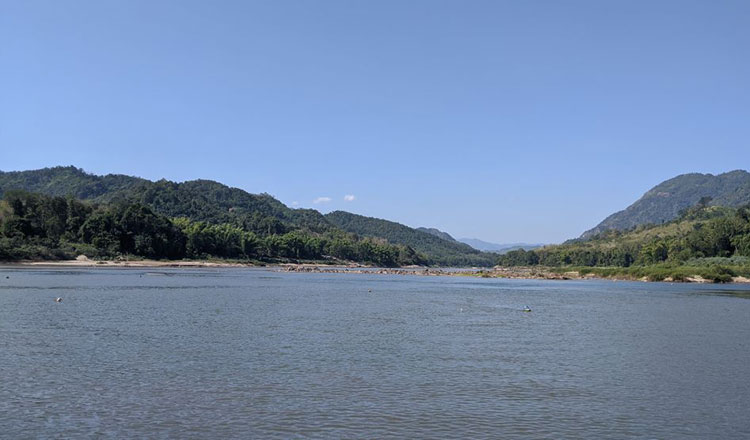 The five civil society organisations requested the Lao government, project developer and Mekong River Commission to find appropriate solutions for the cumulative and transboundary impact to ensure the equitable and reasonable use of the Mekong River, which is the main principle of the 1995 Mekong Agreement.

“We are concerned by the timeframe proposed by the Lao Government to commence construction at the end of 2020 as it will not provide sufficient time for developers to conduct more rigorous studies upon the comments and recommendations put forth by relevant stakeholders,” the statement said.

An Pich Hatda, chief executive officer of MRC revealed yesterday the commission has gathered a long list of concerns and suggestions from various groups of stakeholders over the proposed Luang Prabang dam during its six-month consultation process.

“These stakeholders’ concerns and recommendations will be formally recorded and reflected in the technical assessments of the proposed project, known as the MRC technical review report (TRR),” he said.

He added that the TRR will include technical assessments of the proposed project and it will be submitted to the MRC member countries, especially Laos, for their consideration and for possible inclusion in a Statement and Joint Action Plan to be approved by the MRC Joint Committee.

“We hope the Joint Committee will issue a decision in the form of a statement at the end of the six-month process. This statement will call on the Lao government to make every effort to implement the identified measures to avoid, minimise and mitigate potential adverse transboundary impacts. Thus, through the inclusion of voices from various groups in the TRR, the Secretariat believes it can affect changes in the original design of the dam,” Hatda further added.

Saynakhone Inthavong, Laos Deputy Minister of the Natural Resources and Environment, said on Wednesday that his government is highly appreciative of the valuable comments from all of the stakeholders under this process and will continue to address legitimate concerns.

“We carefully study each project, follow national regulations and laws, consult with our own population and the affected peoples, while using leading international consultants and firms to help design good projects and sound mitigation measures. This is with the aim of following international obligations such as MRC procedures and guidelines,” he said.