Shout out loud to Manith for this marvellous achievement. Ptas Kandal Boeung is a spine-chilling and thrilling novel to read because of its unpredictability from one chapter to the next. The author has also integrated some of the reality of today’s society into the story, which took place in the past. Interestingly, there is some part of the story you may not be able to read because of its explicit reality. However, I believe that there is a meaningful message behind this and a few good lessons about life worthy enough for you to explore this horror and thriller series.

Summary of the story: 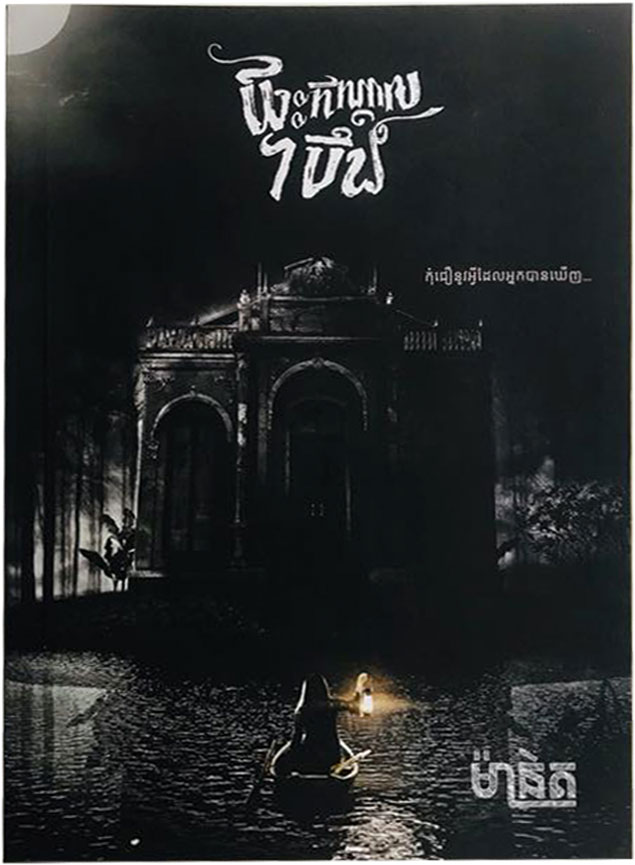 This novel tells a story about a very strange house, which holds a lot of secrets no one knows about from the past. A life-struggling girl named Soda finds herself working in this spooky house. She has no family but one sister since their parents died in an accident. Hence, Soda has no choice but to work hard so the two can survive.

Because of this family situation, both Soda and her sister Nat have to live separately. Looking for work Soda applied for many jobs, however, the only opportunity was to work in this house in the middle of a big lake.

The job description is not clear but the salary she will earn is so good she could not say no to this job offer. Although one of the requirements is very strange, they demand her to be a virgin. Soda has a problem with this, not because she isn’t, but she finds it too much of an odd request.

But Soda has no choice but to accept the requirement. It is only later that she finds out the reasons is because they want her to marry an old traditional sword.

Never in her life could Soda be more shocked and surprised with this job she has just taken. After she is married to the sword, her job starts every day at 1:15 a.m. and is to take the prayer offerings such as streamed chicken, lotus tea, Lomorng Chek cake (a Khmer traditional cake) and a set of clothes to the underground room where the sword is kept.

Soda finds it even more peculiar because she has a feeling that there is something else in that room. Her jaw drops when she later learns that the other thing in the room beside the sword, is a coffin.

The Fashion Edit: 5 ways to wear the bodysuit