The Royal Ballet, also known as Cambodian classical dancing is one of true national heritage left from our ancient Khmer ancestors and recognised as intangible cultural heritage in 2008.
The performances are famous for graceful gestures and beautifully detailed costumes. They used to only be performed for royal ceremonies but since the mid-20th century, the dances has been performed for the public during wedding ceremonies, coronations, national ceremonies and general stage events.

The most common dance is the royal ballet’s Blessing Dance and Tep Apsara. The four main characters in these classical dances are a woman, man, giant and monkey, all performed by women dancers.

Youth Today has talked to four professional classical dancers from the Kingdom to find out more on these four characters. 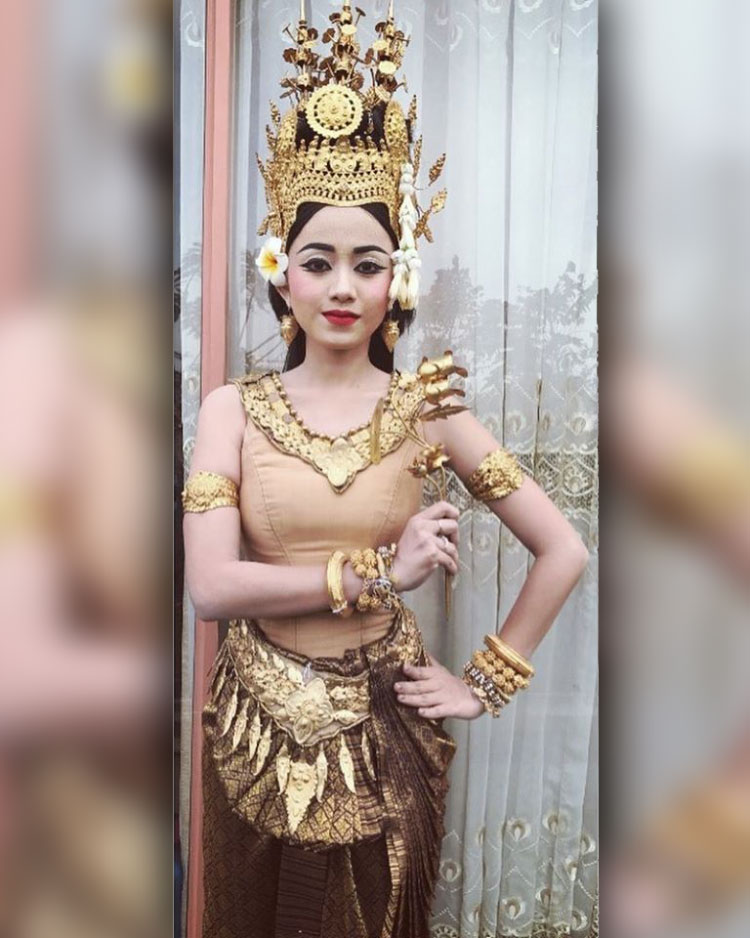 In traditional Cambodian society, a woman is ought to have a modest manner, behave politely and be elegant in every step she takes. Hence, Neang in the context of the royal ballet must express this through her character and be every sense the ultimate Khmer women through her gestures and costumes.

According to Serei Vankosaun, a professional dancer who graduated from the University of Fine Arts, the appearance of Neang has to be petite, oval face shape and the typical height of an Asian woman.

With more than 10 years practicing her profession, Kosaun has mastered her skill and performs in countless ceremonies for both national and international audiences.

“In term of costumes, the Neang character has more variety than the Giant or Man character. Neang also has a wide range of crownsthat may be worn for the various type of stories of each dance. For example, Tep Apara has its own unique crown which can’t be worn in any other dance,” Kosaun explained.

The Neang character appears in almost every classical Cambodian dance such as Tep Apsara, the most well-known Khmer dance created under the honour of Queen Sisowath Kossomak Nearirath Serey Vatthana and was initially performed by Princess Norodom Buppha Devi.

“No different than the other characters, Neang requires hard work and patience. I would say the most challenging part is learning to express the emotions, maintain eye contact and to imitate the characteristics of who you are presenting during the performance,” Kosaun added. The Man character in Khmer classical dancing is named NeayRong. Wearing a sparkling costume with enough support to compliment the body, the NeayRong character is known to be handsome, manly, strong and passionate.

26-year-old Sok Nalys is a former Khmer classical dancer who has portrayed the NeayRong character and has spent 13 years working in the dance industry.

“Initially, I needed to train for flexibility and practise the basic foundations of the dance. I also needed to learn how to put emotion and meaning into each gesture,” Nalys recalls when asked about the training process.

The NeayRong character needs to be physically bigger than the woman but smaller than Giant. Likewise, the male and the giant need to sacrifice their own natural body of a women and adopt the emotions of a man.

“Being a prince and courageous general who fought in battle I need to display superiority. These are the features that women are required to play when acting as the NeayRong character,” Nalys explains.

Some of the challenges during the training according to Nalys, is that the woman dancer has to train herself to become psychically and mentally like a man. One of the gestures is spreading her legs which some woman are embarrassed to do. 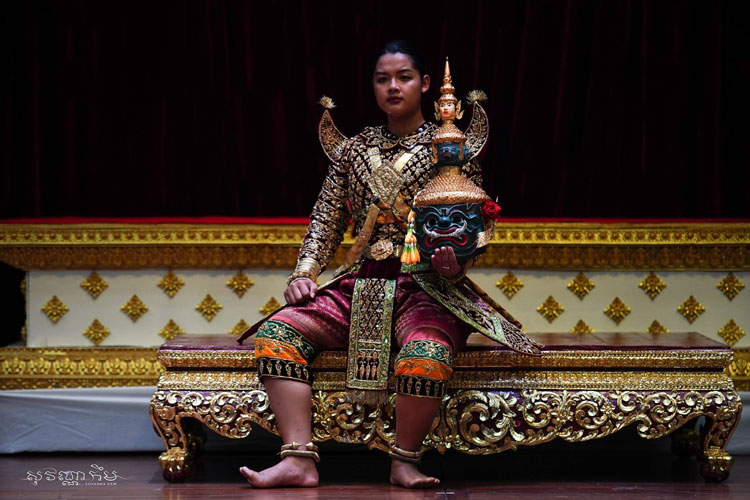 If you have ever watched Khmer classical dances you have probably spotted a character who covers their face with a mask, wears a sparkling dress and expresses ambition and empowerment, this is the Yeak character.

One performer who as dedicated her 13 years of training for the Yeak character is Lav Chanlika. Graduating from the University of Fine Arts, she now masters the profession and has performed this complex character in many ceremonies.

“The Yeak is an important character which requires a bigger body than the male and female characters. The body also needs to be bendable to make every gesture express the meaning of power and ambition,” Chanlika explains.

The uniqueness of this character is that you will not be able to see the performer’s face as it is covered by the Yeak mask, a mask that is beautifully designed and handmade. The most famous performance the Yeak role is known for is the Mony Mekala dance.

Behind all of these beautiful performances, every step you see is always assiduous. 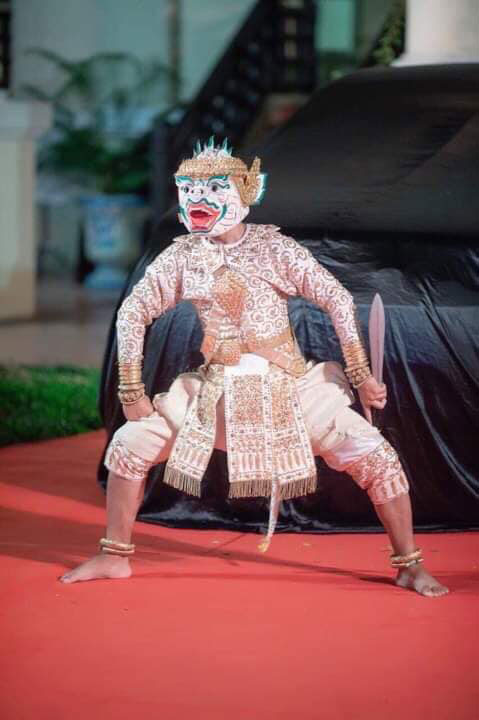 Hunuman is the monkey role which only appears in the Reamker classical dance, this is a performance where the son of the wind god, flies out to discover that the demon Krong Reap held Neang Seda prisoner on the island of Lanka.

Hanuman is dressed in the white costume which is designed to cause the gold sparkling detailed of the monkey’s hair. Like the giant the monkey performer is required to wear a face mask which is beautifully designed as a monkey face, featuring the look of how the monkey King should be.

Chap Sidanal was a Hanuman dancer who spent 16 years dedicated to classical dance, and describes the characteristic of the monkey role, “Hanuman behaves like a monkey but unlike a normal monkey, it is the king warrior and is strong, powerful and a leader. Hanuman is also a smart and powerful character that never turns back from the battle.”

This volatile character requires hard training as the performer needs to balance between the classical gestures of a monkey itself. Also, the dancer needs to find their unique strength which could create more power and emotion to each gesture.

“It is hard to imitate animal behaviour and put it into dance. My teacher would only guide me with the right scale of each gesture but the attraction point is how you make your movement and become exclusive and unique, you have to find it for yourself,” said Sidanal.