The lives of two dads were immortalised in a new movie entitled “Fathers”, as a part of fundraising activity for Kuntha Bopha Hospital – a medical institution that has treated over 80 per cent of Cambodia’s sickly children since inception.

Huy Yaleng, producer, director and actor at Meatochak Film, said that the film is based on true story and it features the two contrasting lives led by two loving fathers – one from a rich family, while the other from a poverty-stricken family.

The only common ground shared by the duo is that they both love their children whole-heartedly and would do just about anything to put a smile on their faces.

“I would like to dedicate this film to all fathers who strive for the best to raise their children. I hope that this film will become a new favourite for families to watch together,” he said at the launch last week.

According to Mr Yaleng, he also used the film as an opportunity to highlight the plight of cyclo-riders in Cambodia, which was why he chose it as the profession for one of the main father characters.

“Driving a cyclo is hard work yet the drivers get very little money out of it. By using cyclo in the film, I hope this will help boost the value of this profession especially among Cambodians,” he said. 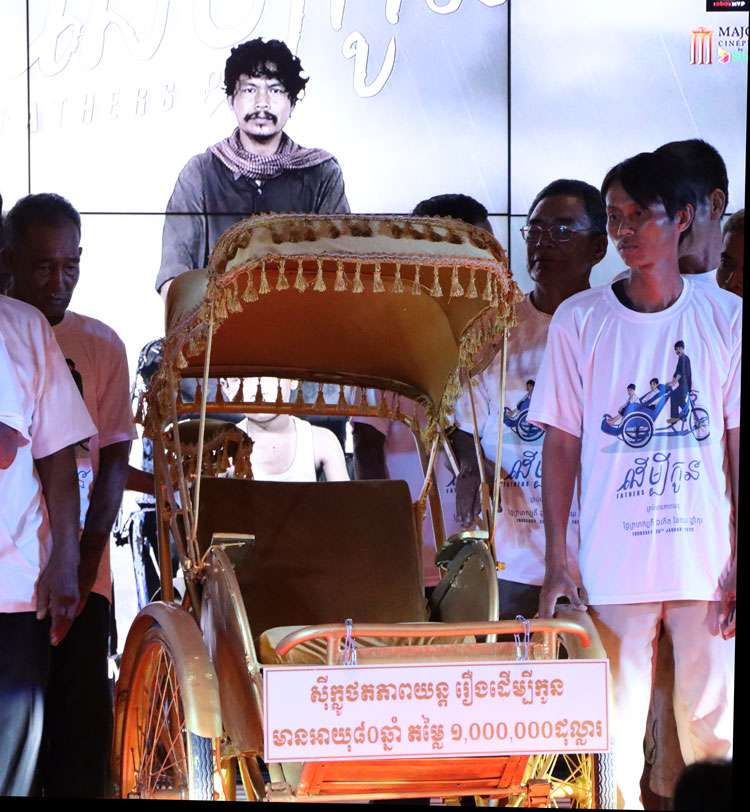 As a part of promotional stunt, Mr Yaleng had also painted a cyclo in gold and he plans to sell it for $1,000,000 in the name of charity.

“I had decorated the cyclo to be golden cyclo and will sell it for one million dollar. I don’t know if this will work but if it does, all money will go to the Kuntha Bopha hospital,” he said.

Mean Sonyta, the main actress, said that she was really interested to be in this film after reading the script. She said that she truly wishes to promote the 5,000 Riel daily donation to Kuntha Bopha, as her character in the film did.

“The plot and the concept was really touching. I knew I had to be a part of this, especially when the film is made specifically to help a children’s hospital,” said Ms Sonyta.

With English subtitles available, both locals and international audience can enjoy the film. It will be in the cinemas on Jan 30, 2020, in Phnom Penh, and on Feb 7, 2020 in some provinces such as Siem Reap, Banteay Meanchey, and Battambang.

From Princess Nobody to the Queen of Techno

Are you drinking enough water?