As the sun begins to set every evening in the village of Phum Trea, you will usually see a group of children and adults making their way to the CCF bakery. They don’t go there to buy bread but to learn English. For the bakery is actually a vocational training centre. In the morning, it is used to teach students the process of making bread, in the evening it turns into a makeshift English classroom.

One of those evening students includes 19-year-old Som Vannita. She takes her studies seriously, always aiming to arrive early, in spite of her endless duties as the first child in the family.

Like many other children who live in the small village, Vannita’s mother works in a factory and her father is a driver. The teenager has fought hard to continue her education and to break free of the poverty trap. 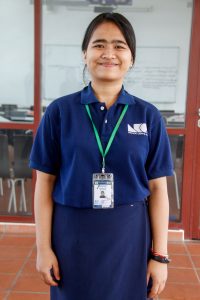 “I grew up in a family with parents who would work days and nights just to earn $3 a day to feed us,” Vannita says. “Their daily struggles to overcome life’s barriers inspired me to be stronger and opened my eyes about how important education is in changing people’s lives.”

Such was Vannita’s determination to have a brighter future that she still attended school even when she was helping her grandmother to sell porridge and khmer noodles to support the whole family.

And it seems like all of the Cambodian student’s hard work has paid off. For Vannita has beat off stiff competition to win a scholarship at the University of Melbourne in Australia. Whittled down through a rigorous selection process, what makes Vannita’s achievement even more impressive is that she had to work twice as hard as her competitors. The teen still had to squeeze in her studies around a job. 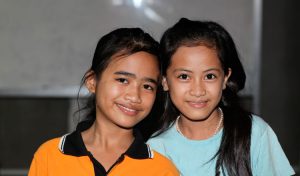 But Vannita is made of stern stuff and not one to quit, explaining, “I failed many exams, but I was determined not to give up. I used the failure as a spur to work even harder, vowing to go one better next time. I believe in sheer will and perseverance – if we try hard enough, we can achieve the dream we used to think was unachievable.”

Vannita will head to Melbourne to start her scholarship this February, and although she is making a big leap from her small village to the huge metropolis of the Australian city, she can’t wait.

“When I was young, I used to dream of being able to pursue a higher degree at university because I want to study science and education in depth. But I never expected I would be going abroad, too,” she says.

Luckily, Vannita will have some friendly faces waiting to greet her. She’ll be joining three fellow CCF scholars – Seng Hoarng, Sophy Ron and Yem Sovannry, who won their scholarships in 2017 and 2018. Of course, Sophy’s sensational journey from a garbage dump in Steung Meanchey to valedictorian has already inspired many people around the world.

Remember These 5 Things Before You Start Dating Online