Home - Security guard arrested over threat to shoot his boss

Security guard arrested over threat to shoot his boss

Preah Sihanouk Provincial Court today placed a casino security in pre-trial detention after he was arrested for allegedly firing a weapon and threatening to kill his supervisor during a drunken spat over money.

Police said the alleged incident occurred at about 10pm on Friday night at Bo Lai casino in Sihanoukville’s Buon commune.

Major Khy Seng, deputy chief of Sihanoukville police, identified the security guard as 30-year-old Kun Piseth. He said the provincial court charged him with “unauthorised weapon possession and illegal use of weapon”.

If convicted, Piseth could be jailed for up to three years. 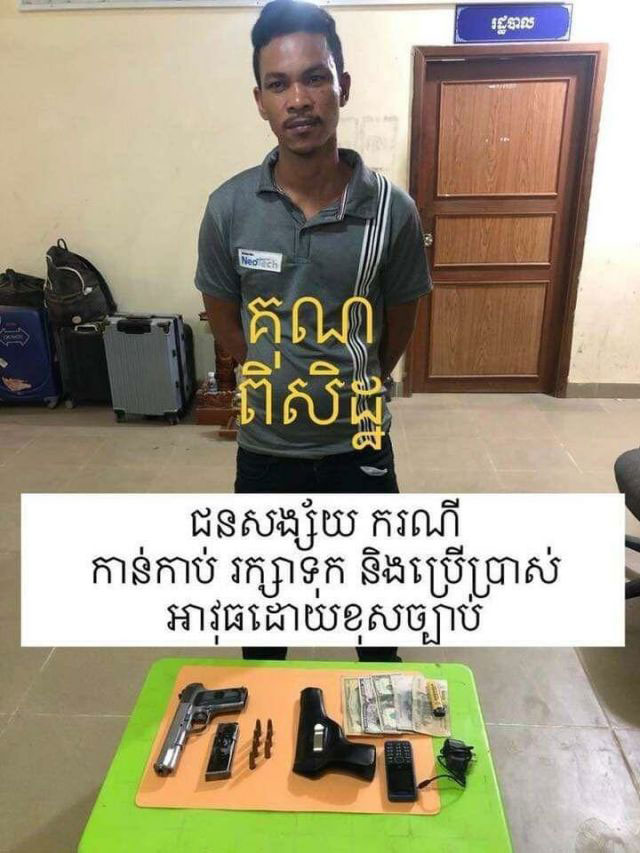 Maj Seng said Piseth then allegedly drew a pistol from his waist and fired a bullet in the air.

“[Piseth] was drunk and started arguing with his supervisor over a lack of bonus,” he said. “When he shot the bullet into the air, he threatened to kill the supervisor.”

He said police seized the pistol and seven unspent bullets from Piseth, noting there was no permit for the firearm.