Home - In order to live

In order to live 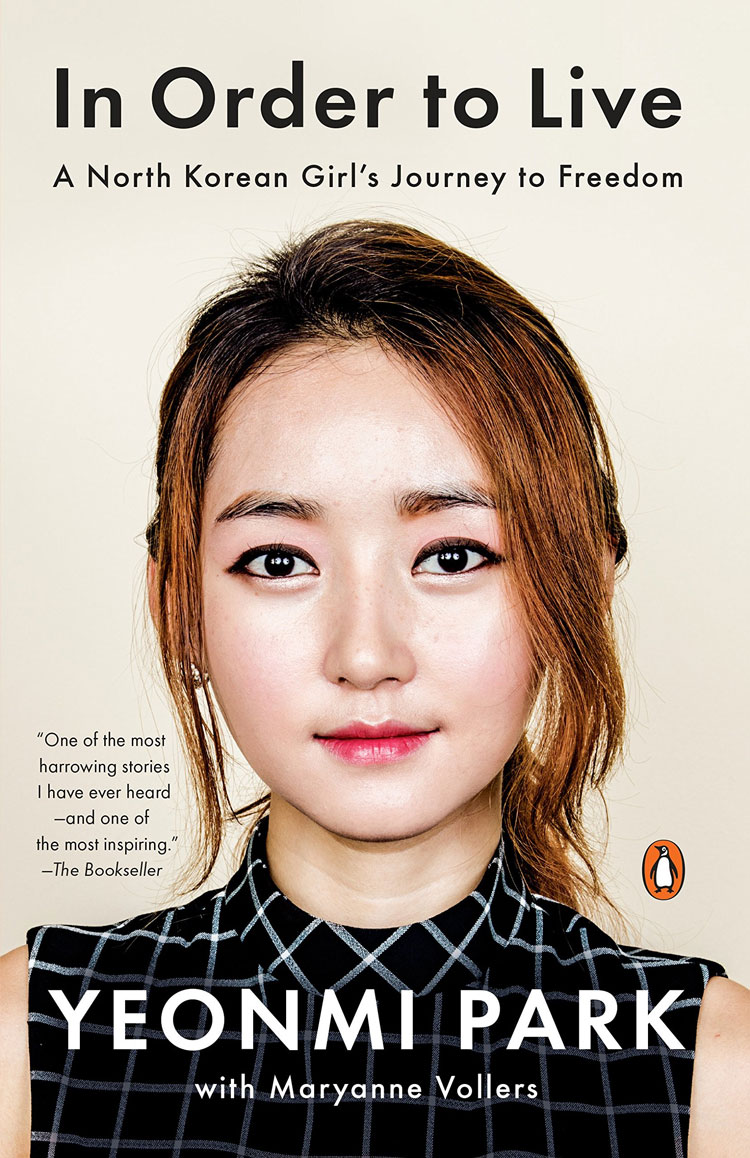 “When you have so little, just the smallest thing can make you happy. Because electricity was so rare in our neighbourhood, whenever the lights came on people were so happy they would sing and clap and shout. Even in the middle of the night, we would wake up to celebrate… Of course, the lights would never stay on for long. When they flickered off, we just said, ‘oh, well’ and went back to sleep.”

This striking quote is just one of many in Yeonmi Park’s autobiography, In Order to Live, which offers a raw insight into her childhood years surviving in North Korea’s totalitarian state. You may already have some understanding of the country, which has been cut off from the outside world since the nineties, under the rule of Kim II Sung and Kim Jong Un. As supreme leaders of the Workers’ Party of Korea, they demanded full compliance and worship from their citizens, but at a high cost. North Koreans began to run out of all their basic needs – from shelter and food to clean water and medical care.

Born in Hyesan, a northern city in North Korea, Yeonmi poignantly recounts the reality of growing up in place where any original thinking was strictly forbidden and freedom was a distant dream. Indeed, following her defection and brave escape to China in 2007 before settling in South Korea in 2009, the totalitarian state still cast a long shadow. Yeonmi, now a human rights activist, struggled when she restarted her education. She reveals that when a teacher would ask the question, “What do you think?”, she was still terrified to express any opinion for fear of being punished.

Although at times, the book is difficult to read, it taught me much about North Korea’s history and the courage of a young passionate and inspiring girl. But the true takeaway is that we should not take things for granted. Often, it’s an accident of birth that dictates your value and freedom, so we should be grateful and happy with what we have.

In Order to Live has already inspired millions of people around the world and deserves to inspire many more. A must-read.

6 tips for a plastic-free and eco-friendly lifestyle