The Interior Ministry has urged the public to provide evidence that could lead to the arrest of the gunman who assassinated former union leader Chea Vichea, as dozens of unionists and garment workers marked the 16th anniversary of his death yesterday.

About 150 attendees held a Buddhist ceremony and gave speeches honouring Mr Vichea, the former leader of the Federation of Free Trade Union of Workers of the Kingdom of Cambodia, who was gunned down in broad daylight in front of Wat Langka in January 2004.

Witnesses at the time said they saw two men on a motorbike committing the crime. Born Samnang and Sok Sam Oeun were arrested for the killing, but a judge dismissed the case that same year.

In 2005, Phnom Penh Municipal Court overturned the decision and sentenced Samnang and Sam Oeun to 20 years in prison for the murder. The case was closed, however friends and relatives were skeptical and felt they were made scapegoats.

Both men were freed by the Supreme Court after having served only a portion of their sentence in 2013.

In 2015, Prime Minister Hun Sen ordered the reopening of the case and announced the creation of an inter-ministerial committee to investigate the murder.

Interior Ministry spokesman General Khieu Sopheak said yesterday the investigation into Mr Vichea’s murder is in limbo, adding the committee had no clue of other suspects being involved.

He called on the public, especially unionists, to offer any information they had to aid the investigation.

“There is nothing the committee can do right now because there is no new clue or evidence. I would like to request anyone who knows the identity of the murderer or has clear evidence, to provide the information to our police officers,” he said.

National Police spokesman Lieutenant General Chhay Kim Khoeun said yesterday, the committee was initially led by former Phnom Penh police chief General Chuon Sovann. “The committee has since been handed over to another senior police official. I am sure that they are still investigating the case, but I am not sure how much they have done so far,” he said. 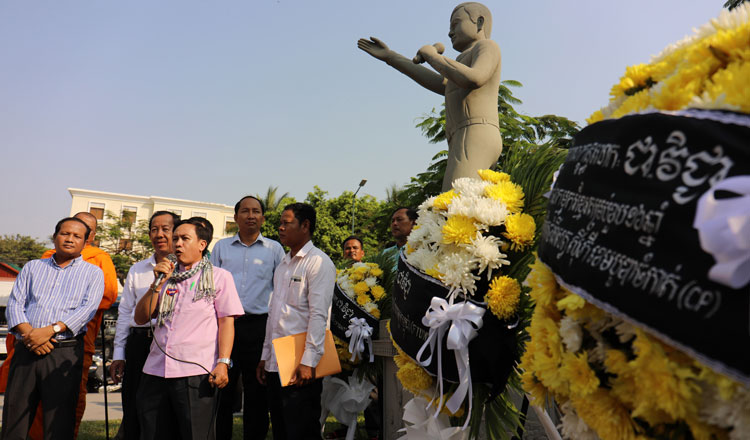 Cambodian Confederation of Unions president Rong Chhun yesterday doubted the government’s commitment in speeding up the investigation to arrest the assassin.

“I believe that the committee is very capable of finding the murderer and accomplices. The problem is their commitment. The case must have involved senior government officials who threatened Mr Vichea before he was killed,” he said.

In a statement issued yesterday, FTU president Touch Seu said Mr Vichea’s wife and relatives have never been summoned to provide information or been given any updates about the case.

“I would like to appeal to all relevant authorities to provide justice for Mr Vichea. He will remain a hero for all garment workers and unionists in Cambodia,” Mr Seu said.

What to expect from the Kingdom’s foreign policy in 2020