The Czech Republic on Monday handed medical equipment worth more than $300,000 to the National Pediatric Hospital to promote infant and child healthcare.

The equipment was handed to Health Minister Mam Bun Heng by Vlastimil Tesar, head of mission at the Czech embassy, during a ceremony in the hospital. 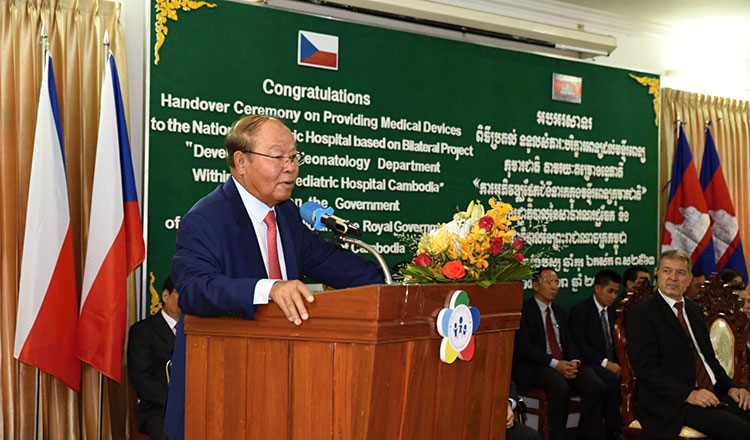 Mr Bun Heng at the event said the Czech Republic provided more than 30 types of equipment, including incubators, ventilators and blood analysers, worth more than $300,000 for the hospital’s Neonatology Department.

He said that the donation emphasised strong cooperation between the two countries on development in areas such as education, community development and the health sector. 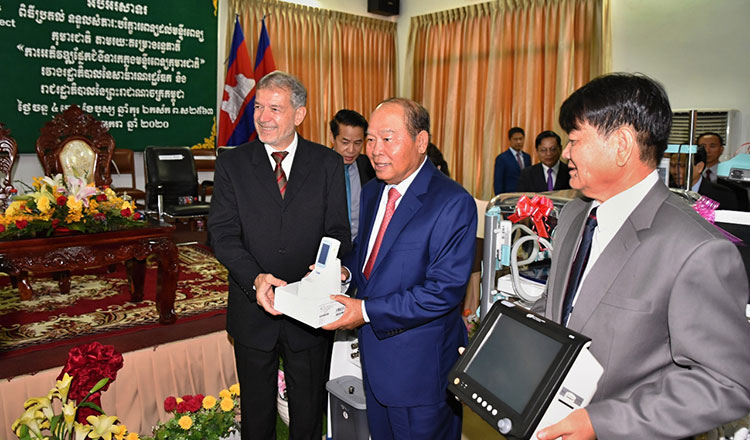 “The Czechs have also trained doctors and nurses to specialise in pediatric nursing, so I sincerely hope that the quality of services of the National Pediatric Hospital will be enhanced,” he said. “I hope the people will have more confidence in this state hospital’s services and the infant mortality rate will be reduced.”

“The newborn infant mortality rate now is 30 percent of children under one year, so we need to reduce this through better treatment,” Mr Bun Heng said.

He said the Czech Republic also contributes to the training of human resources in the medical sector such as engineers to maintain and repair the equipment. 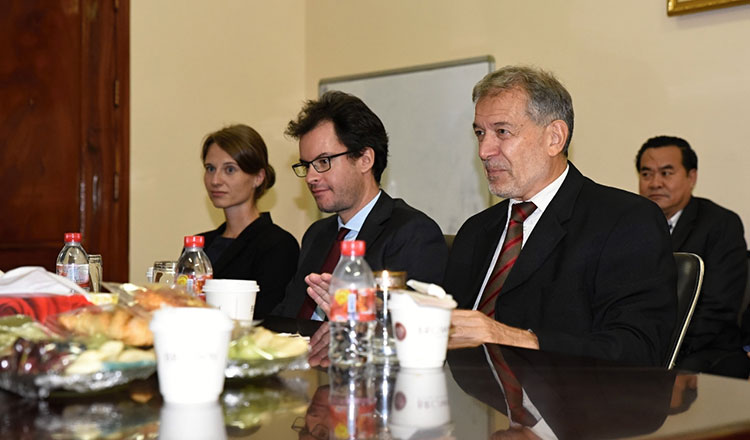 Mr Bun Heng said that in the past the Czech Republic has assisted in the development of the hospital in Takeo province, including providing medical equipment, and plans to do the same for Kampong Thom provincial hospital.

Mr Tesar said at the event that the Czech Republic is ready to support the Ministry of Health’s priority goals and is willing to cooperate in other similar projects.

“We can support Cambodia’s efforts to improve the overall healthcare system and respond to sustainable development goals of the health sector,” he said. 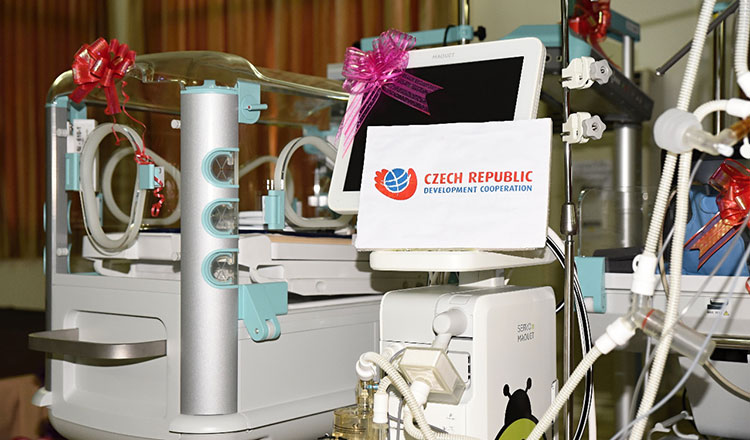 Nhip Angkeabos, National Pediatric Hospital director, said at the event that the Czech Republic began its cooperation with the hospital in 2018 to contribute to the development of child care and will soon help develop its maternity section.

“The new equipment will help to provide better treatment for infants and children,” he said. 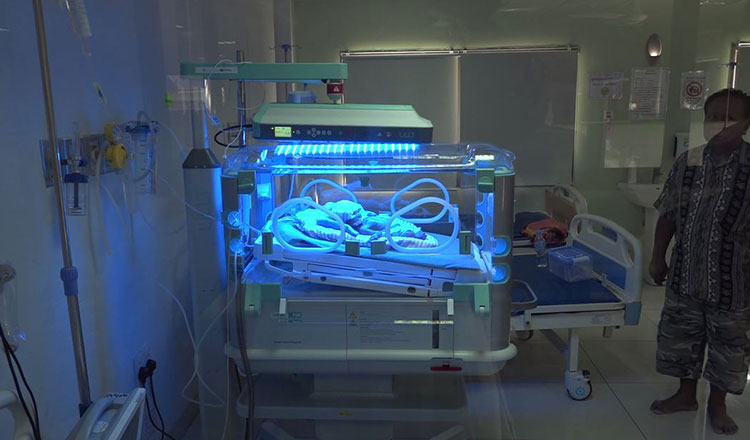