From a very young age, Cambodian women are told to protect their skin from sun exposure. Because a lighter skin is part of Cambodia’s beauty ideals, a concept that has shaped the Cambodian culture throughout. However, in the past few years Nin Malyneth has been fighting against this stereotype by finding her place as an outstanding African-Cambodian model in the Kingdom. The 25-year-old who sees real aesthetic value in her skin tone is also using her career to combat racism and discrimination against the dark-skinned. Taing Rinith interviews Cambodia’s Next Top Model runner-up, who is also one of the most outstanding candidates for Miss Universe Cambodia, about her life and dreams.

GT2: If you don’t mind, can you tell us about your early life?

Malyneth: I was born in Phnom Penh on March 18, 1994, to a Cambodian mother and African father. To be honest, I do not remember my father nor do I know much about him. All I know is that he left us when I was very young and my mother never tells me much about him. I never ask because I know that she is reluctant to tell. But things are good as my Cambodian stepfather takes good care of me, just like I was his own. That was why I was devastated when he passed away in 2013.

GT2: Can you describe what your childhood was like?

Malyneth: It was a complicated childhood. Out of the seven children in my family, I am the youngest. I stood out the most as I was the only one who inherited the physical features of our father – curly hair, relatively bigger build and of course, darker skin. Not only was I different from the rest in my family, but I also stood out in my neighbourhood. This was something that confused me for a long time and it made me question myself. Because of that, I kept on trying my best to imitate others around me just so they could see that I was no different and that would like me.

GT2: Did you experience any discrimination or other unpleasant experiences because of your skin tone when you were younger?

Malyneth: Yes, way too often. Some people even refused to talk to me because I had darker skin and I looked very different from them. Some even teased me by calling me “mi kranhang” (curly) or “mi khmao” (blackie). I was angry and upset. I didn’t want to hear these things so I tried to avoid those who teased me. Back then, people were very discriminative. I was living under pressure, but fortunately, my few faithful friends and family members had always been there to give their support and encouragement. 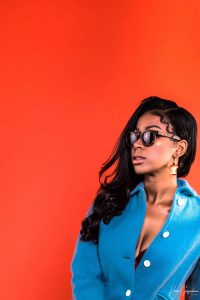 The older I get, the more appreciative I am of what makes me “me”. I started seeing the value in my differences. I was like, “Why would I need to do what others do just to be exactly like them?” It took some time for me to be proud of my identity and stop seeing myself as the ugly duckling. I now believe that it was my distinctive traits that make me who I am today.

GT2: What do you think about Cambodia’s beauty ideals, especially in regards to skin tone?

Malyneth: Cambodian people nowadays are different and very open to the new and different, especially if they derive from the West. Things are changing for the better I guess. However, some still uphold the traditional ideals as they view dark skin as “unattractive”. Therefore, I made it my mission to change the overall perspective by using my career as a tool.

GT2: How did you first step into the modelling industry? 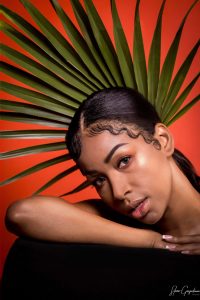 Malyneth: In 2015, I was a sophomore studying in the Department of Design at SETEC Institute. I was very interested in designing clothes and all of my classmates knew that. One day, one of them who is also my good friend, told me about Cambodia’s Next Top Model Contest, organised by Cambodian Television Network. I was reluctant at first because I thought that my unusual build and awkward height would not check the right boxes for a model in Cambodia. However, I eventually signed up for it because all my friends wanted me to compete.

Additionally, the ones who told me about the contest also valued my differences and wanted me to make a name for myself because of them. Needless to say, the contest changed my life completely.

GT2: How did Cambodia’s Next Top Model affect your life? And how are you doing after the end of the first season?

Malyneth: I entered the competition as a complete amateur. I was a shy girl and knew nothing about modelling. I did not know how to pose in front of the camera, or how to apply the right makeup or even catwalk. I was also different from other Cambodian candidates, some of whom were already professionals. Also, I was bigger than other candidates so it was hard to find the dress that could fit me. But I did my best to learn by practising, learning and observing. After three months, I was not only among the 15 finalists out of hundreds of candidates but then the top five. Although I did not win the first place, I was proud of my achievement in this contest. It was a huge step for me into the industry, equipping me with everything I needed to become a model. After the final episode of Cambodia’s Next Top Model, other businesses and studios started giving me modelling work, which jumpstarted my career.

GT2: Last year, you competed Miss Universe Cambodia in 2019, Can you give us a narration of that journey? Did you run into any hurdles?

Malyneth: Many people said that I was already a professional model who entered MUC 2019 to promote myself. But, it was not true. My real intention was for other countries to see that Cambodia is fighting against racism and discrimination by allowing a Cambodian-African woman to represent them on the grand international stage. I was also doing it to combat the light-skin-is-beautiful stereotype, which has been my lifelong mission. Some people, nevertheless, were still discriminating against my darker skin and said that I did not deserve to represent my country. Although I received Miss Photogenic and Miss Popular awards, I failed to come in first and have yet to fulfil my mission.

GT2: How is work these days? Do you have a busy schedule? 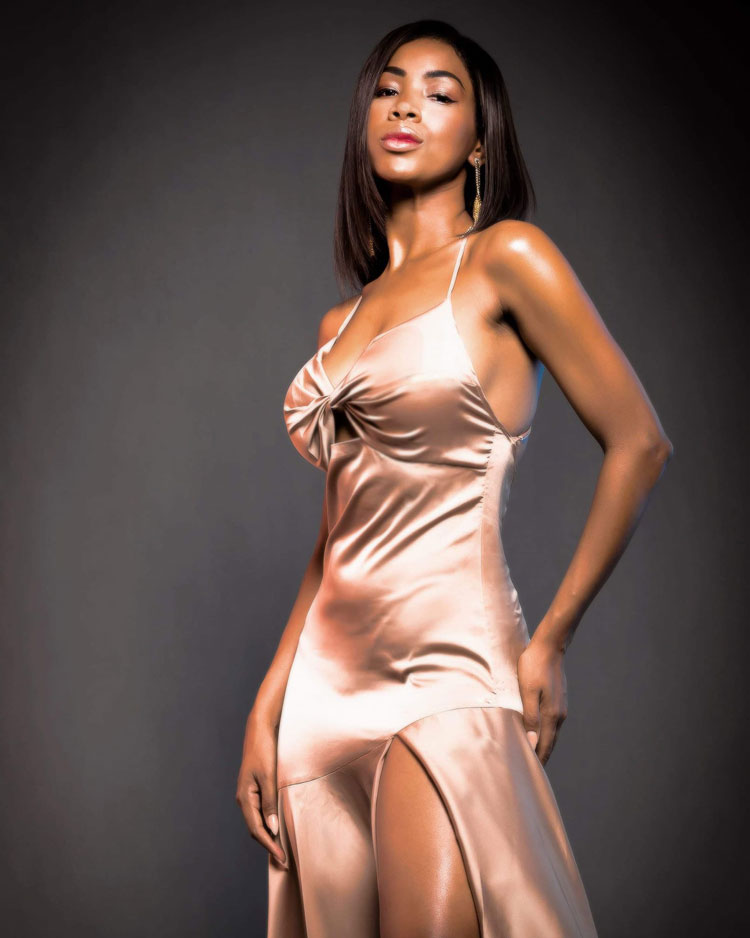 Malyneth: I have a busy schedule right now. I have been asked to work in many projects, including music videos and a soap opera for Hang Meas Production. I have to delegate my time efficiently since I also have a full-time job as a consultant for a beauty clinic in Phnom Penh. Being involved in the field of art while still working full-time is very tiring, but it also guarantees financial security. I encourage other artists to do the same since, in today’s world, an artist’s earning fluctuates, unless he or she is very successful.

GT2: What is your dream for the future?

Malyneth: I still wish I could compete on the international stage, but I also dream about having an agency where I can train young and talented Cambodians who want to try their hands at modelling.

Malaysian Business Chamber Cambodia ushered in 2020 in style at Naga1