Banking institutions are joining the Cambodian Securities Exchange (CSX) because of offered incentives for all listed firms by providing better short term funding for their operations.

Jong Weon Ha, a market strategist and chief operating officer at the CSX, told Khmer Times yesterday that so far there are three commercial banking institutions – including, the Bank for Investment and Development of Cambodia Plc, Canadia Bank and Prince Bank Plc – all have signed a joint statement with the CSX to provide incentives.

“The incentives offered by the CSX listed companies are a better choice for short term funding for their operations, he said.

“It was our great pleasure to be a part of the capital market, and we hoped that the [listed] companies would find it easier to get loans for their operations with better conditions for their business growth,” he said.

Hong Sok Hour, chief executive officer of the CSX, said the incentives show a good bond between the securities and the banking sector.

“This is also providing the transparency and strong business operations of the CSX listed companies that make the bank better offer than those who do not get listed,” he said, adding that the CSX will seek more incentives from the Government and private sector. 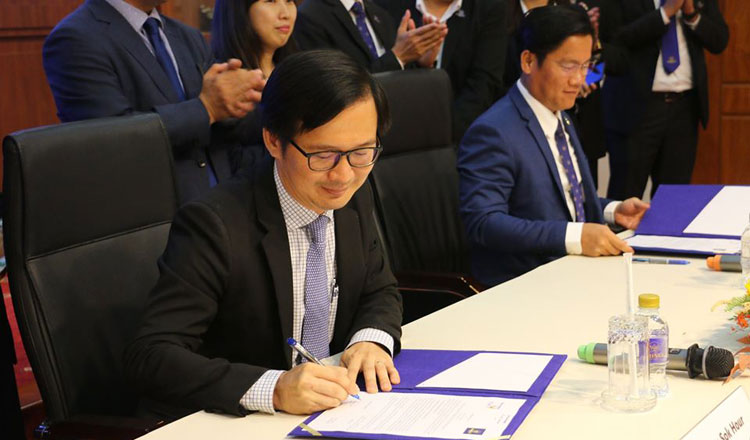 Mr Ha said there will be more companies set to list on the local bourse. Working with the banking sector is part of the CSX policy and they encourage all companies to get listed.

“Besides the other benefits of being listed, this benefit will make them feel that they are having various funding sources with better conditions,” he highlighted.

“More banks are working with us on this joint statement, but they have not yet finalised their special package. The banks are providing incentives because they find out that our stock market has a very huge potential for growth,”

“Therefore, they will be the priority for our large amount of listed companies for short term funding as we are going to have more and more listed companies,” he explained.

“It will be a big stock market in the future,” Mr Ha emphasised.

Companies listed on the local bourse are also granted a huge tax incentive from the government, with a 50 percent reduction on all corporate taxes for three years from the date of their initial public offering.

Nation must develop and utilise its inland waterways