Home - What do young Cambodian singers think about songs of the past?

What do young Cambodian singers think about songs of the past?

Despite hailing from Generation Z, most of us are still fortunate enough to have older figures in the house. Therefore, it is not uncommon to catch them playing songs by Sin Sisamuth (the iconic king of Khmer music) with a newspaper in hand on a Sunday.

Old Khmer songs, especially from the 1960s, are still being played to this day – passed down from generation to generation.

The songs would typically tell stories about the specific time period with themes that varied from nature to love, and even conflicts that arose. These stories felt personal as they were told from the point of view of the artists, and they somehow managed to fill the air with a sense of nostalgia.

In the mid-60s, some of the singers dominating the airwaves were Sin Sisamuth, Pen Ron and Ros Serey Sothea, among others. If you were to give them a listen, you can spot the heavy influence of Western rock and pop music.

Their fame continued until 1975 when the whole Kingdom was crushed by the Khmer Rouge regime, resulting in almost all musicians being either executed or going off the radar.

Despite facing the threat of being completely lost and forgotten, some of the recordings from that era were later brought back by Cambodian refugees who were able to escape at the time.

As the times evolved, physical records were then replaced with digital copies and soon after uploaded to websites like Youtube. This has led to the wider exposure of these golden-age gems and up until this day we can still hear these songs at every wedding ceremony across the country.

Now, more and more young singers are paying homage to their predecessors, take Laura Mam’s hit single “raom min ch’aet te” for example. The song was still able to top today’s charts despite drawing inspiration from music of the 60s. Proving that old Khmer music is timeless and still relevant across generations.

To find out more on how 1960s music is viewed in this modern age, Lim Sonalis spoke to a number of Cambodia’s hottest names who are currently roaring in the music industry. 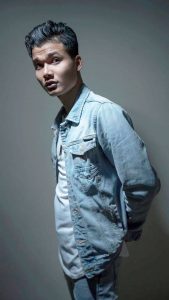 “Kromom 3 styles” has been widely played at parties. It was in fact, one of the chart toppers in 2019. But did you know that the song was heavily inspired by a song from 1960s? That’s right. The singer Vuthea told Youth Today that the vibes he created with “kromom 3 styles” was actually inspired by an old song called “kroper knong tik”.

He added that Sin Sisamuth and Pen Ron are his favourite singers of all time and that he truly looks up to them.

“It’s sorrowful to accept that most of the brilliant singers have passed away and we are left with their masterpieces,” he said. Nevertheless, Vuthea too believes that the songs of the past will remain timeless. 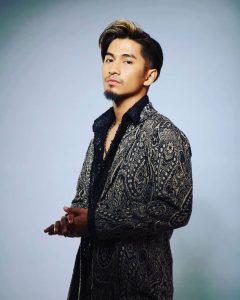 If you are into Cambodian pop culture, you might have heard of Oun – a charming and good looking artist who is known for his sweet voice. He is also famous for injecting Latin-esque sparks into his romantic songs.

Behind the great fame of his music, Oun said he owed it to the brilliance of older music, especially Khmer songs back from the 60s.

“They are more than just songs, they are a national heritage. 60s music is what pushed Cambodian music to the global stage in the first place. We younger artists, will forever be inspired by the brilliant music of the golden age.”

The love and respect that he has for 60s music has pushed him to plan for a new collaboration this year. Fans of Oun can anticipate something like never before as he is trying something really different that will highlight golden age music.

“Khmer songs from the 60s will stay alive, no matter what. We will do our best to keep the fire burning and carry on the legacy as much as we can,” he said. 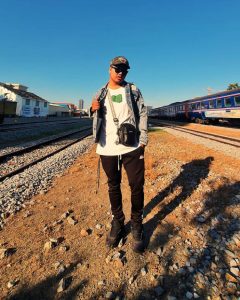 In recent years, rap has somehow made its way into the Cambodian music scene and has continued to gain more popularity especially among the youth. Rappers have typically distinguish his or her style from others by dressing uniquely.

One particular local rapper that wears similar outfits as our favourite Western rappers is Vitou. This young talent has made a great number of original raps, in spite of his age.

Sporting looks that scream nothing but hip-hop, you may never expect someone like him to listen to older songs but the rapper has revealed that 60s music plays a big role in his life. In fact, he has produced two songs “konlong slabpich” and “prolong poam saravan” both he based off of music from the 60s.

“It is incredible for listeners to be able to visualise things just from listening to the lyrics but Khmer 60s songs somehow have the power to do this. The melody never contradicts the meaning of the song, which creates valuable art for the next generations to enjoy,” Vitou said.

He firmly believes that music from said era will continue to be preserved by the youths throughout the years.

“Artists from our generation are incorporating elements of 60s songs into their music, so even the next generations after us will never forget the sound of 60s Cambodia.” 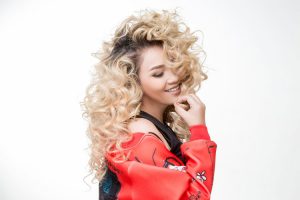 Chet Kanchana has recently released her song called “mjas srey” and it succeeded in garnering massive support from local music lovers. The main theme of the song is to encourage women to shoot for their dreams.

Despite being a modern singer, Kanchana has never let go of the memories from 60s music.

“It is all about quality. The art of lyrics-writing showcased the creativity of artists back then, which makes each song priceless,” she said, when asked about her favourite part of 60s music.

To show her appreciation, she has produced two songs using Cambodian traditional instruments, which are “krok chor” and “missing you”.

“As time goes by, some people will still want to hear the music from that golden era as its meaning is timeless. For me, songs from the 60s gave such a nostalgic feeling that reminded me of the good old times,” she said.