Cambodian ports saw solid growth in both container and tonnage traffic in 2019, as the Government expanded the port’s capacity for increasing imports and exports.

The number of containers handled in the Sihanoukville Autonomous Port (SAP) the country’s only deep-sea port. Increased by 17 percent, to 633,099 TEUs (20-foot equivalent units) from 2018 to 2019, according to a report by the Ministry of Public Works and Transport.

By tonnage, the SAP handled 6.533 million tons and PPAP handled 3.810 million tons with resulting in a remarkable growth of 22 percent in combined growth over the 2018 to 2019 period. 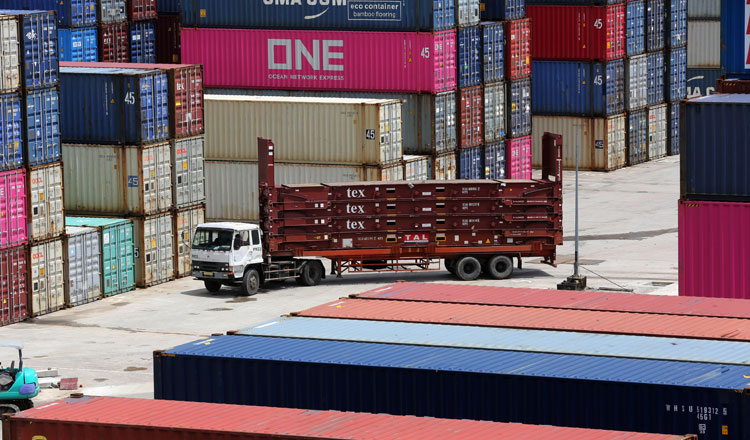 Meanwhile, exporting goods via PPAP was at1.345 million tons while importing was at 724,500 tons.

With the growth of container traffic via these ports, facilities including dockyards, container yards and roads to the ports are being built and expanded, Minister of Public Works and Transport, Sun Chanthol said, during as he presided over the Ministry’s annual meeting to review works in 2019 and set objectives for 2020.

The ministry is in the stage of conducting a study to expand the port complex in PPAP because current capacity is already full, Mr Chanthol said.

“Expanding ports and roads are because of more traffic from vehicles and more ships docking off the ports tht keep increasing…and this is because of the country’s economy continues to grow,” Mr Chanthol said.

Gross income during the period for SAP’s was reported at $80.9 million, up 17 percent and PPAP’s income increased by 35 percent to $30.2 million.