HAGL was once a leading property developer in Vietnam, but the company restructured itself in 2010 to focus on agriculture with rubber and fruits from its home country, Cambodia and Laos. The company is now occupying 18,000 hectares of land – at a cost of $400million – planting different type of fruit which include bananas from Ratanakiri province’s Koun Mom district, in  northeast Cambodia, where it shares a border with Vietnam and Laos.

The banana shipment will be sent to a Vietnam port and from there it takes one week to reach its market destinations, including Beijing, Dalian and Shanghai. 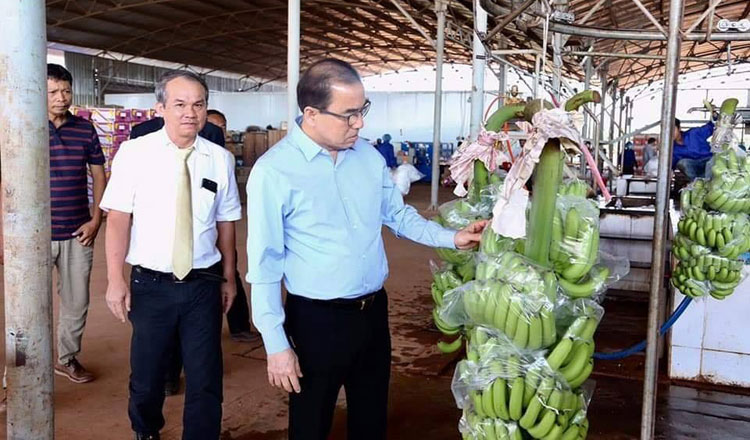 Nguyen Quan Anh, the company’s general director in Cambodia, said the company planted bananas on 7,000 hectares of land – 3,000 hectares of which are being harvested. He noted that the bananas to China will be exported through HAGL Agrico’s subsidiaries – including, Hoang Anh Andong Meas, Hoang Anh Lumphat, Daun Penh Agrico and Binhphuoc Kratie Rubber 2.  Together, the companies have 10 packing facilities that can produce up to 25,000 tonnes of fresh banana per year.

“Tropical fruit has a high demand in the Chinese market including dragon, pomelo, mango, jackfruit and bananas. And about 18 million tonnes of bananas are imported to the market per year. This means that how high our current capacity of the fruit reaches, it still can be sold in the market,” he said.

He noted the company has so far provided 10,000 jobs and this labour force will reach 15,000 workers in year to come.

With expert support from China, the Philippines and Vietnam, Nguyen said his company has created an ecosystem function for breeding, planting and irrigating that is in line with Israel’s agriculture technology. 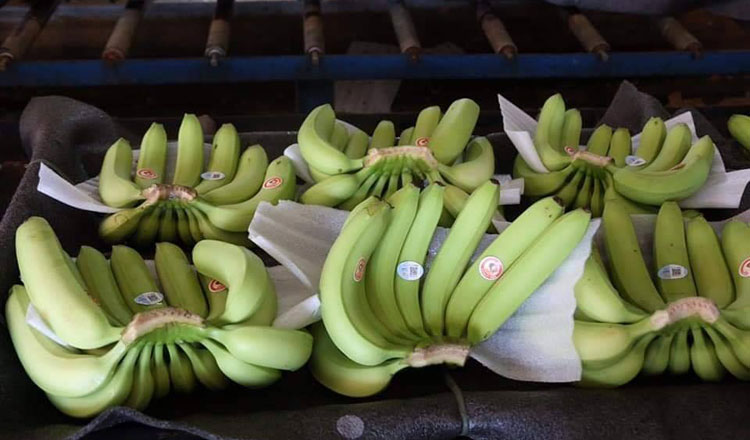 Speaking at the ceremony on Saturday, Agriculture Minister Veng Sakhon, will sell very well overseas, helping the country to expand its exports. “Banana exports to China will significantly contribute to the development of the agriculture sector and national economic growth.” he said, adding that the government is encouraging farmers to invest more in the sector, especially in processing agricultural products.

“The government has set out a 2015-2025 industrial development policy, which is aiming to boost agricultural processing products to form 12 percent of the total exports.” He noted that there are now nine companies that have been given green light to directly export Cambodia’s fresh bananas to China.  “We would expected to ship more than 1 million tonnes of bananas to China by the end of next year,” he emphasised.

Longmate Agriculture, one the companies allowed to export bananas directly to China, said it is on track to meet its goal of shipping 22,000 tonnes of the fruit by the end of the year.

S. Korean Bank to own 70 pct stake in micro lender