Tech rising stars you should know 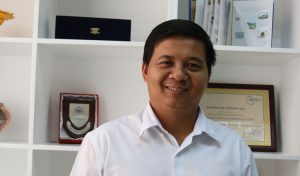 Be Chantra is well known as one among the tech community builders in the Kingdom. Chantra brought BarCamp to Cambodia in 2008 with his co-founder when not so many people knew or understood technology.

BarCamp is now well known to people around the country as it has made its appearance at least five times a year in different cities and provinces. Willing and raring to improve the quality of tech education, Chantra joined the government institution NIPTICT, as Public Relations director. On the business side, he  co-found Emerald Hub, a co-working space in Phnom Penh. Chantra, in his work records, founded many tech events to inspire young people about tech and entrepreneurship. Startup Weekend is one of his work archives which  started in 2011. Startup Weekend aims to introduce local people to tech startups.

Chantra started his work in 2005 in KhmerOS project with collaboration with an Internet company to introduce people on ‘How to use Technology and Internet’ by hosting several workshops in more than  40 schools and universities in Cambodia. The content later moved on to ‘How to build a personal website without coding knowledge and introduction of Khmer Unicode’, Internet searching, social media and so on and reached  over 20 provinces in Cambodia. Within 15 years of working in the tech industry, Chantra’s goal is to bring Cambodia to the regional and international stage with the right caliber of technology education and local tech startups. 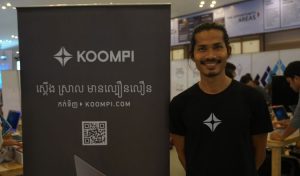 Thul Rithy, at the age of 33, is founder of KOOMPI – an inhouse laptop brand and SmallWorld – a startup and community builder. At the same time, Rithy is also a bicycle lover. The avid cyclist has pedaled to every corner in the country  to promote ‘Ecotourism & Outdoor Education’.

Rithy started out his journey in the tech industry in 2007. Unlike other startup builders, Rithy chose hardware development as his top priority, more than software development. Now SmallWorld is well known among young local techies who want help to improve on their startup projects. Meanwhile KOOMPI is also standing on top of the giant’s shoulder.

Actually, Rithy’s ambition is to make Cambodia go greener. Meaning that more trees must  be planted throughout the country. To raise awareness amongst people to plant trees instead of chopping them down, Rithy has set his concrete goal. He will use technology to slowly grow the green mindset of people by helping young generation achieve startup ideas that will be useful to the community. Now he has a project called ‘vitaminair’ which you can check its activity on vitaminair.org. His core plan is to: 1. Reforestation; 2.Natural farming; 3. Ecotourism; 4. Seeds bomb; 5. Air water. His perspective is once the people can get proper basic needs, they will look back to contribute to the environment. 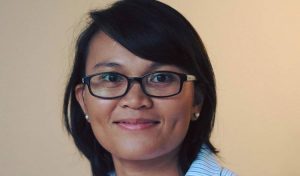 Tep Chansolyka, even before she became an environmental engineer, never thought that the world of science and engineering can be that broad and vast. She changed her mind when she pursued her studies abroad in Turkey and Germany in 2008.

Since then, Tep Chansolyka knows she can help her people by making a change in her community though the power of tech. She pointed out that when studying engineering in Cambodia, she noticed that not many women took an interest in this field but when pursuing an academic path abroad, the majority of the students are female. She found out that people who are well-equipped with tech skills will be in in high demand.

Therefore, seniority can guide the young generation when dealing with the vastness of the engineering field. With her full commitment and competent capability, she has brought home lessons from the outside world, in the field of environmental engineering. Chansolyka currently is on her journey with  E2TEM Education to help young Cambodia girls understand more about science and mechanical engineering, as well as encouraging them to explore careers in the world of technology. 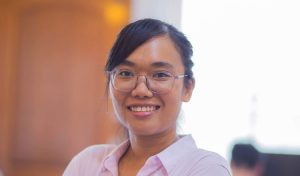 Srun Sovan’s dream and  mission is to institute educational change in this nation through the power of technology. She has been pursuing this in her educational tech company Edemy which is an educational enterprise using technology to help Cambodia students get access to education more effectively.

From a small project to an education technology company, Sovan, a co-founder of Edemy, began blazing a trail for Cambodian high school students with her small project, Edemy since 2017, with a vision to provide more effective learning tools for students.

Sovan’s perspective about women in STEM education is to have more women participating in education, business or research. She noticed that there are many women out there who have made their mark in STEM, from teachers to doctors to engineers. Another perspective is, with more successful women in STEM emerging to share their experiences, the bigger the motivation is for the younger generation of girls to take up the brave endeavor. Boys will see that women can be just as good in STEM as men, and young girls can believe that they too can be the next generation of women scientists.