Cambodia tallied 46 medals overall in the 2019 Southeast Asian Games in the Philippines for its second best performance since rejoining the region’s premier sporting event in 1995.

Cambodia’s good showing in this year’s SEA Games validated the optimism of many sports officials.

These officials, including Vath Chamroeun, the secretary general of the National Olympic Committee of Cambodia, based their optimism on better training and preparation for the Cambodian delegation. It was noted that many of Cambodia’s athletes that competed in Manila also trained abroad.

Cambodia latest SEA Games performance also made up for its dismal showing two years ago in Malaysia.

Cambodia best performance so far since 1995 was in the 2013 SEA Games in Myanmar. That year, Cambodia harvested a total of 47 medals, including eight gold, 11 silver and 28 bronze medals. 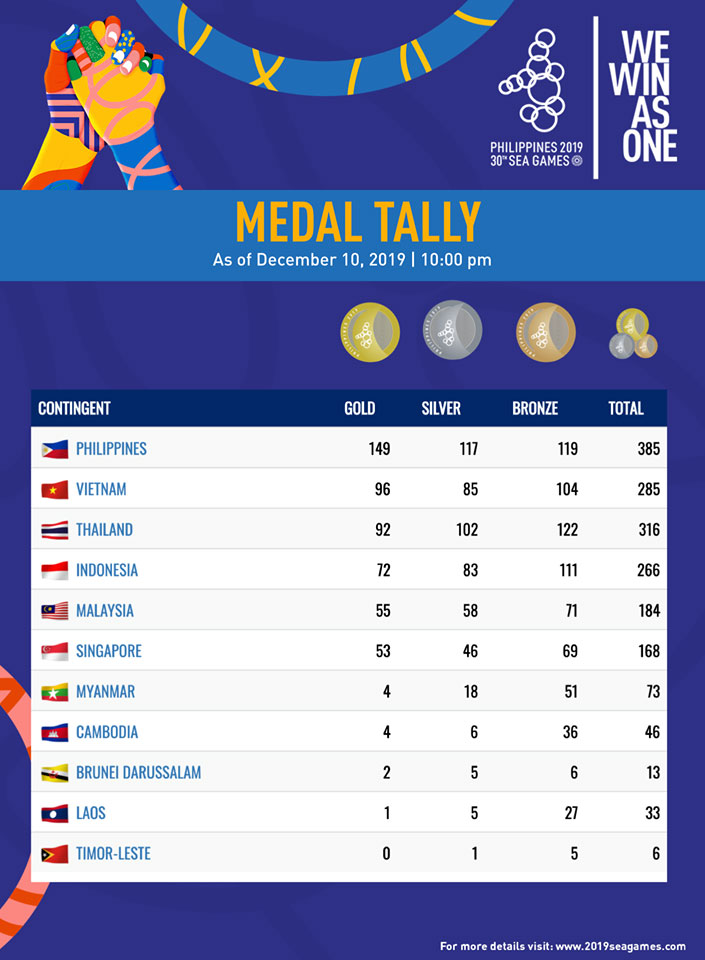 The Kingdom first joined the SEA Games (then known as Southeast Asian Peninsular Games) in 1961. It was present in a few more Games before being a no-show for more than two decades due to a long-running Civil War.

Before Cambodia descended into Civil War it was among the sporting powers in Southeast Asia.

Cambodia, then known as the Khmer Republic, placed fifth overall with 53 medals (17 gold, 17 silver and 18 bronze) in the 1971 Southeast Asian Peninsular Games, a showing that has never been equaled or surpassed.

The SEA Games is held every two years, with hosting rights rotating among participating countries.