PHNOM Penh nightlife certainly has a real diversity of music. Plenty of bars and cafes with live music of bands changing shape according to the day of the week. A band becomes a two-piece to eke out a living and unite for the weekend. All these acts give us melodies to jolt the memory of good times, bad times.

Music is a rite of passage, with each chapter of our lives marked by certain songs or albums that cue you into a retro mood. It is also a way of life for thousands of musicians and millions of backstage and sound crew.

Some songs or albums are associated with important moments of our life, memories of people who have gone beyond and tjose who are still here, reminding us of epic events, of friendships. Just like the music from Live AID and Farm AID in the 1980s and 90s, two giant fund-raising concerts for crisis of the unfortunate, hungry and the discriminated. It is also the ability of music to capture an emotional state. Albums become a snapshot of the era they were popular and influencing cultural trends, becoming fashion statements for a generation like the beads and bell bottoms of the 60s. Now its baggy shorts for the trendy hip-hop. 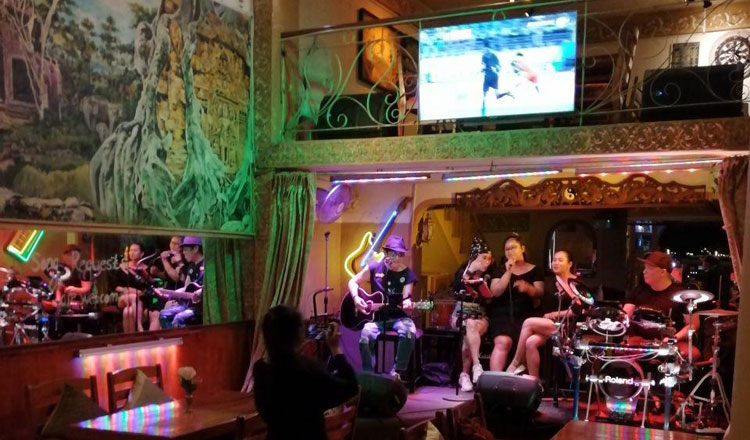 Driving this mission of music in life are composers, songmakers, creators and producers of epic albums  — but none of which will reach you if there are no secondary players like bands and musicians who play covers of great songs.

But in a city like Phnom Penh, if not for the courageous trade of night gigs by dedicated musicians roaming between here, Siem Reap and Kampot, nightlife would be nothing with nowhere to go for live music. So, hats off to the musical troubadours of our time. Signing off: Phil Fair