Garment factories continue to open in the Kingdom despite the looming threat Cambodia faces of losing its Everything-but-arms (EBA) status with the European Union, a report published recently notes.

According to ‘ASEAN Investment 2019’, 17 garment factories were established in Cambodia in the last two years, generating 11,502 jobs in the sector.

The investors were from Hong Kong, Japan, Singapore, China, and Australia, the report shows, noting that the factories produce handbags, wallets, sportswear, t-shirts and jackets, among other products.

In the 2018-2019 period, Australian-based QLM opened a $1.5 million facility in the Kingdom as a base to expand into other emerging markets, according to the study.

Ken Loo, secretary-general of the Garment Manufacturers Association in Cambodia (GMAC), told Khmer Times that growth in garment exports has been relatively stable but that it will likely decline this year. 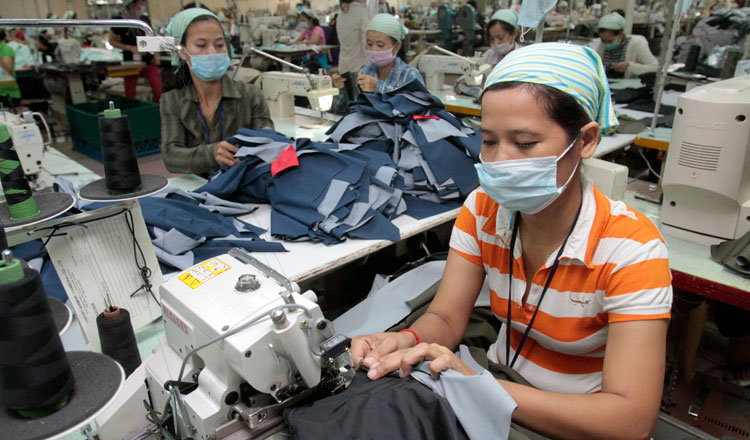 “Our main concerns are still next year’s wage increase and the EBA issue,” Mr Loo said.

He noted that the value of exports in the sector has continued to grow at about 10 percent for the past three years. Much credit goes to the growth in the travel goods sector, while the footwear industry is also a major contributor.

Last year, garments and footwear exports were valued at $10 billion, up 24 percent from $8 billion in 2017, according to a report from the National Bank of Cambodia.

Without the EBA benefits, Cambodia is looking at an annual loss of $513 to $654 million, the World Bank predicts.

The Kingdom has benefited from its EBA status in the European Union since 2001. Under the EBA, all Cambodian goods, except arms, enter the bloc tariff and quota-free.

However, the European Union is now reviewing the deal following concerns regarding democratic setbacks in the Kingdom. Last month, the European Commission sent a preliminary report to the Cambodian government after a nine-month review of Cambodia’s access to the EBA agreement.

The government has one month to respond. The EU is scheduled to announce a final decision on the matter in February 2020.

During a meeting with Prime Minister Hun Sen and National Assembly President Heng Samrin this week, European Union Ambassador Carmen Moreno applauded the government’s achievements regarding the sustainable development of the economy.

She said the EU has played a major role in the Kingdom’s development over the last 25 years.

“The European Union will continue its mission to support the development of Cambodia,” she was quoted as saying in a government statement.

Use what you have: UNDP panel advises on SME growth

Explore the offices of 30 startups and companies with Startup Day