The Cambodian People’s Party today commemorated the 41st anniversary of the founding of the Solidarity Front for Development of Cambodian Motherland over the toppling of the Khmer Rouge regime. 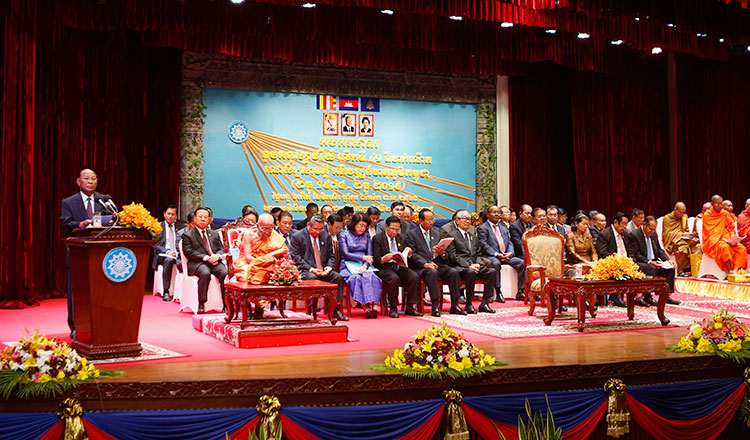 “December 2, 1978 of the Solidarity Front did not only rescue our lives from the genocidal regime but it also restored and developed the nation and society,” Mr Samrin said in a speech.

He said that December 2, 1978 the CPP united the people and forces supported by Vietnamese volunteer army to overthrow the Democratic Kampuchea regime led by Pol Pot from 1975 to 1979.

“Now, Cambodian people are living in peace with freedom, security and unity, leading to development,” he said.