Two young men out of more than 100 youths being treated for drug addiction at a detox centre in Banteay Meanchey province’s Serei Sorphoan city died today from food poisoning, a health official said.

“Now two have died and some are getting better,” Mr Sopheatra said. 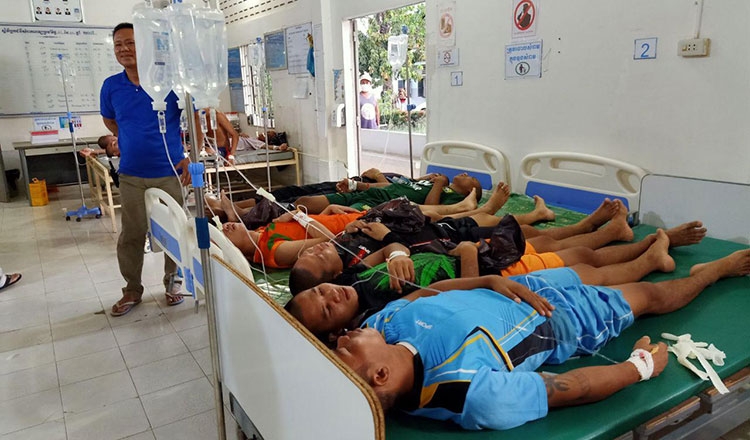 “They are admitted to a referral hospital in Serei Saophoan city and Cambodia-Japan Friendship Hospital in Banteay Meanchey province and others are being treated at the centre,” Maj Gen Khem said.

He noted that as many as 800 youths are staying at the detox centre, but about 200 had food poisoning. They had vomiting, diarrhea, and dizziness, he said.

Um Reatrey, provincial governor, declined to comment but he told online media that most of the youths are getting much better.

“Doctors said that the victims are getting better,” Mr Reatrey said.

Funcinpec, KNUP to merge this month