Cambodia’s Southeast Asia Games campaign is off to a good start with the Kingdom bagging four medals two days into the competition. The Kingdom won a silver medal in sepak takraw (men) and three bronze medals in arnis.

The Cambodian sepak takraw team settled for silver with 450 points to boot. The Philippines won the championship after securing 670 points. Third place went to Laos (430 points).

Cambodia is among the region’s powerhouses in sepak takraw.

Cambodia’s medals in arnis are courtesy of Sok Chhun, Deb Nget and Moeun Bunly, who all placed third in their respective categories.

Often associated with self-defense, arnis is a type of martial art that focuses on weapon-based fighting. It is the national sport of the Philippines. Arnis has been a part of the SEA Games since 2005. 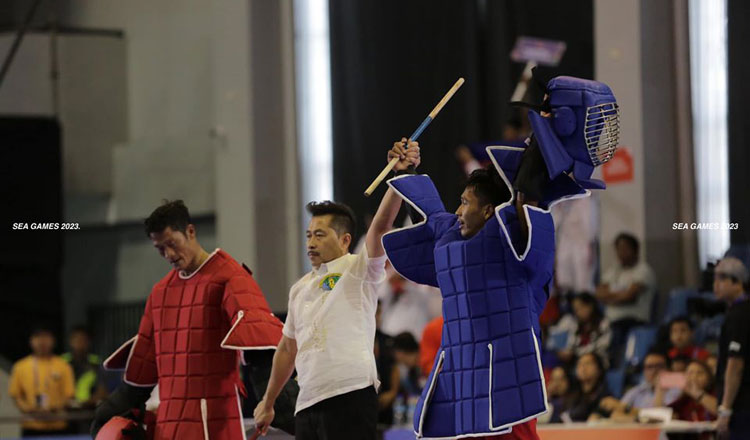 The Kingdom’s good showing in arnis came as no surprise to local sports observes. They note that Cambodia’s chances to shine in the sport were enhanced by the use of bokator athletes.

There are many similarities between arnis and bokator, which is a traditional Khmer martial art.

There are 60 medals in arnis that are up for grabs in the SEA Games. Host Philippines and Vietnam are the top two countries in arnis.

Cambodia did not perform as well in the other disciplines during the first two days of SEA Games.

The Kingdom’s 3×3 basketball team (men) is already out of semis contention after losing three straight matches to Indonesia, Myanmar and Vietnam. The Cambodian 3×3 team, comprised of Chhorath Tep, Sophara Chin, William Reber and Pich Bounchour Hour, lost to Indonesia, 17-7, Myanmar, 21-10, and to Vietnam, 22-10. 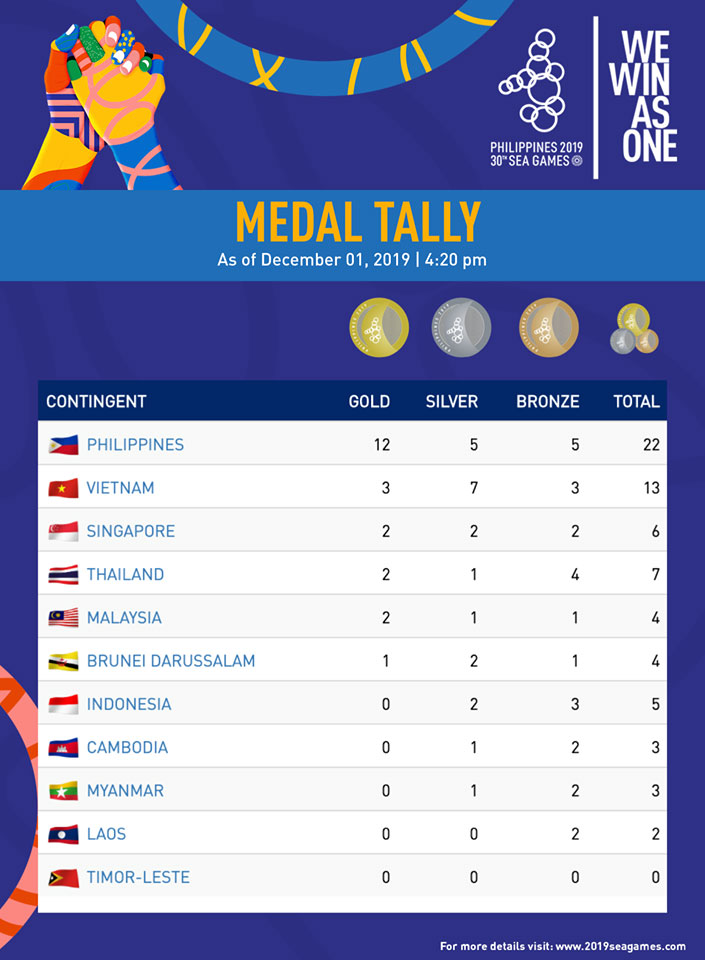 Cambodia also did poorly in dance sports, with still no medal to show.

Cambodia is in eight place with 4 medals (1 silver and three bronze). Timor-Leste occupies the eleventh and last spot with no medals to show so far.