The awards are organised by CEO Master Club, an organisation that provides training to owners of small and medium-sized enterprises in Cambodia to expand their businesses and achieve international standards.

In a speech during the awards, Om Seng Bora, CEO Master Club founder and chairman, highlighted the important role SMEs and entrepreneurs play in the economic development of the Kingdom.

“If we want Cambodia to become a rich nation, we must focus on building capacity and supporting local entrepreneurs,” he said.

Sok Siphana, senior advisor to the Cambodian government, said Cambodian entrepreneurs have grown their skill set remarkably in the last few years and now play an important role in the economic development of the country. He encouraged them to look beyond Cambodia.

“First, however, we have to be strong in the local market,” he noted. “We must have a passion for growth and for strengthening our companies by following international standards.”

Presiding over the event was Lieutenant General Hun Manet, deputy commander-in-chief of the Royal Cambodian Armed Forces, who noted that the government considers the private sector an engine of economic growth. 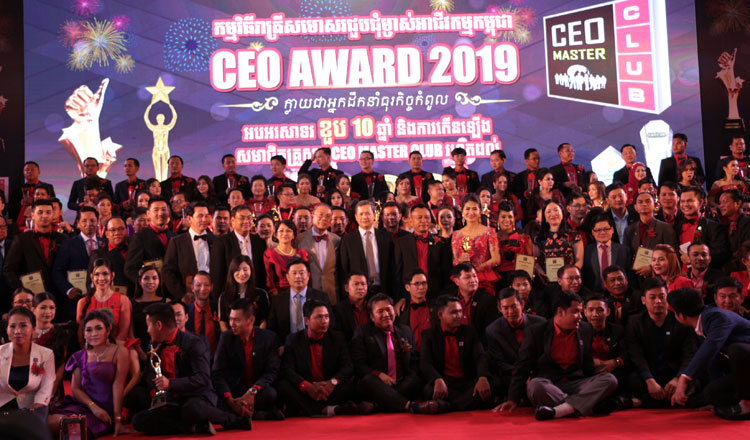 “The role of the entrepreneur is to contribute to building a strong nation and boosting the economy by supplying products and services that meet the needs of the people and create jobs,” LTGN Manet said.

“I would like to encourage all Cambodian entrepreneurs to continue their efforts to lead and manage their businesses effectively, taking advantage of the country’s strong economic growth in the last 20 years,” he said, noting that Cambodia’s economy continues to expand fast despite a global slowdown.