A BLAST of classical music from the past was enough to hammer home the point that no matter in what era, music has always been the most powerful instrument to bind the disconnected, create social unity and maintain social harmony in a nation. Last Wednesday afternoon (Oct 16), despite the busiest of working hours, hundreds of Khmer music lovers still spared their time to attend a two-hour festive performance of classical and contemporary Khmer singers. “Cultural music is our national identity whose value cannot be measured. Music is a powerfula force to unite society and sow a seed among diversity so everyone can live with each other in a peaceful civilization,” said the Minister of Culture and Fine Arts, Ms Phoeurng Sackona, who was completely on point.

Youth Today’s Som Kanika and Srey Kumneth witnessed the 5th traditional Khmer Music Festival as musicians filled the Chatomuk Conference Hall with magnificent music for the cause of preservation.

As you entered the hall and walked down the aisles between a hundred chairs occupied by music devotees coming to listen to the near-forgotten Khmer classical music, you begin to feel the early moments of the magical 1990s period when we would sit with family and friends to hear traditional Khmer music in our hometowns. 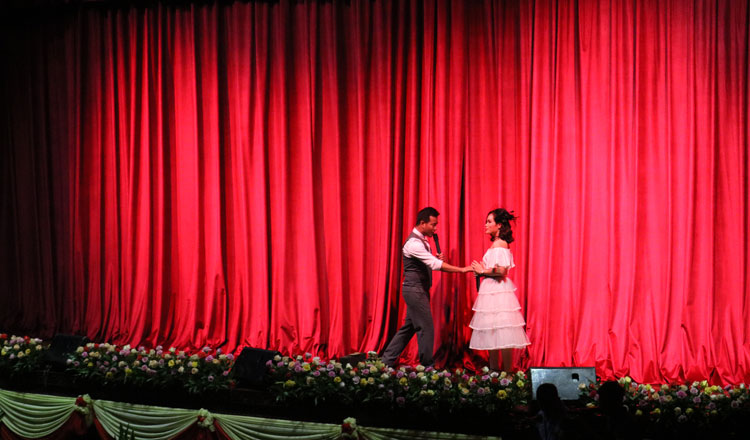 The echoes that went beyond the walls of Chatomuk Hall, the strains of Khmer traditional music — Mohori and 1990s classical music — reverberating exquisitely at the music festival, showed the audience that Khmer cultural music is surging forward in its fifth year of celebration.

Ms Sackona, in expressing her commitment to the preservation of Khmer cultural music, said “We are the preservers of traditional and classical Khmer music because we want to make sure our identity, distinctiveness and national character can be perceived in the future generations.”

To revive the near-forgotten songs and preserving the instrumental skills of traditional Khmer musicians, the festival featured a generation of music and songs from legendary singer Meng Keo Picheada to a striking voice which can sing in both traditional music and contemporary songs — Sathya Leavan — and last but of course not least, the loveliest voice in the land — Sovathdy Thearyka.

Dressed in a striking green costume, Sampot Chong Kben (Khmer traditional dress), Sathya Leavan stole the spotlight on stage with his singing prowess in the Mohori song — which was confined to the Royal Palace before but it was permitted for public enjoyment.

Touch Rinda, a student from Royal University of Phnom Penh (RUPP), said that “During my parents’ generation, I heard from them that the Mohori song was performed specially for the elite class and royal family only but later on it was allowed to be performed in public and this is my first time I am hearing this song personally.”

Sathya Leavan’s deep voice blended beautifully with Khmer traditional instruments of ‘tro, pin, roneat, korng, khloy’ and other instruments, making the audience merged into the meaning of the song as they listened intently. 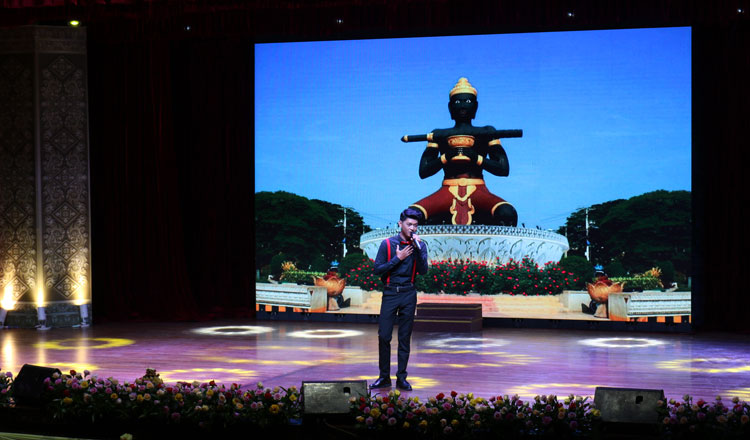 In addition to that, Ms Thearyka also highlighted herself in the pink classical dress and danced charmingly while singing a song— ‘Vear Yor Kheav Kchey (trans: ‘Sky, Blue Wind’).

From the audience, Chum Sreynich, a student from Royal University of Fine Arts (RUFA) who is majoring in singing, was enthralled with the show. “I was really excited to see the performance here with my friends which was choreographed in the traditional way as it was in the 1990s. This was my first time and it was incredible and I also begin to realize the reason why my parents love classical music that much,” said the 22-year-old lass.

The 5th traditional Khmer Music Festival drew to a close with a renowned song of unity — ‘Arab Piya’ in a stunning rendition sung on stage by all the singers and musicians from 24 provinces in Cambodia.

Drawing out kiddie talents at One Park