Prime Minister Hun Sen presided over the celebration of the National Bank of Cambodia – the Kingdom’s banking regulatory authority – re-established in 10 October, 1979 after the Khmer Rouge regime was overthrown. High-ranking officials, diplomats, bankers and specially invited guests gathered at Phnom Penh’s Chaktomuk Conference Hall on Thursday October 10th, 2019 to celebrate the Central Bank’s founding 40 years ago.This year marks a milestone event for NBC has it has been playing an excellent role as a regulator for the last four decades; bring about stability to the local banking sector and substantially contributing towards the Kingdom’s development. The Central Bank was first established in 1954 following the Kingdom’s independence from France. In 1992, the then-called ‘People’s National Bank of Kampuchea’ was renamed ‘National Bank of Cambodia’. 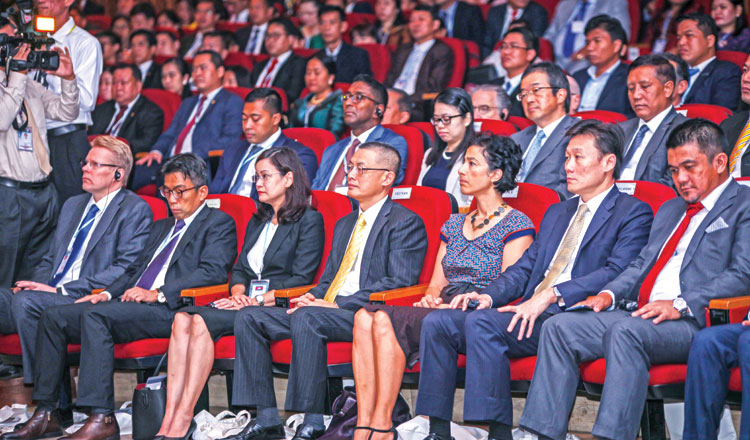