Home - Getting up close with legendary Presser

Getting up close with legendary Presser

The lLate Rober Capa, a combat and adventure photographer regarded by some as one of the greatest, once said, “If your pictures aren’t good enough, you are not close enough”. In contrast, famous American camerawoman Dinae Arbus who stated, “It’s important to take bad pictures”. However, for Beat Presser, a legendary Swiss lensman who is still active, “there is nothing such as a good or a bad photograph”. Taing Rinith meets him at Meta House on Art Street, where Presser looks back on five decades in this field

GT2: Can you tell us how you got into photography in the first place? And what was your first most notable work?

Beat Presser: I first got into photography in 1968, when I was still in my school in Basel, Switzerland. I had taken pictures and written photo books. My first book, Coming Attractions, was published Europe and Switzerland in 1983. For 53 years, I’ve been travelling the world, particularly in 80 countries, including Cambodia, to take pictures and gather inspiration for my books. I have also worked on several films, including Mon Ennemi Intime with filmmaker Werner Herzog. 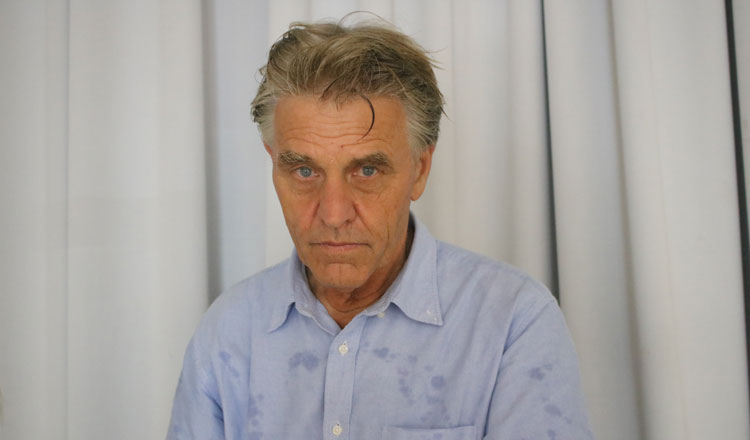 GT2: How do you describe yourself and your career in your own world?

Beat Presser: Despite some of my successes, I only see myself as a photographer who wanders from one place to another. I like to portrait peoples and landscapes, but my object is to tell stories through photography with the help of writing.

GT2: When did you first come to Cambodia? What were you doing back then?

Beat Presser: I first came to Cambodia in 2005, to work on a project, a photo book about Theravada Buddhism. Before that I was working in Thailand, Burma Sri Lanka and India. I came here to continue research, travel and take pictures. Then, in 2006, I met Nicholas, the founder of Meta House, who came up with the idea of holding an exhibition about Buddhism here. In 2007, we had an exhibition at the National Museum, opened by the Swiss Ambassador of Cambodia. My next project in Cambodia is about an English painters training underprivileged children in Sihanoukville. I portrayed those young artists.

GT2: How do you feel about Cambodia? And its people?

Beat Presser: Oh, I love this place so much. That’s why I always come back. I know the country has a very sad story behind, but now everything seems to be peaceful. In fact, when I arrived at the International Airport of Phnom Penh, it was like a completely different world and I fell in love with it at first sight. I don’t know how to describe the feeling; the atmosphere was far more soothing and quiet, at least by 2005. There were no high-rise buildings, and I was in my relaxed mode, although I knew no one and not much about Cambodia when I first got here. I travelled everywhere in the country and I had a lot of chances of coming upon beautiful places. The people are friendly and helpful, and there are many youngsters enthusiastic about photography. I would love to teach them how to do that well.

GT2: Speaking of teaching photography, can you share some tips for taking good photographs?

Beat Presser: There is nothing such as a good or a bad photos. It depends on how the viewers see the stories behind the pictures. A captivating photo does not have to be beautiful; it could also be shocking, hilarious or sad. To be called a photographer needs a lot of technique and skills, although anyone who owns a camera today may call themselves ‘photographer’. A real photographer has to be outstanding in adapting to a situation. He must take pictures with his heart and click the shutter using his imagination. When it comes to choosing topics, you can choose whatever you really like. For me, I especially love the pictures that describe the adventures on a boat. 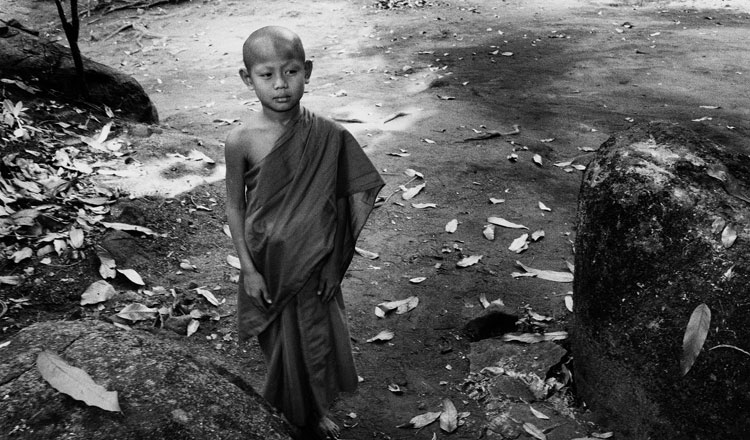 GT2: Photographers usually talk about the message behind a picture. Do you think that is always the case?

Beat Presser: Not necessarily! Actually the pictures could also entertain you, shock you or have historical value. The so-called message could be different to me and to you. You cannot say in general that this is a message relevant for everybody.

GT2: Many young photographers in Cambodia have no clue about the art market, especially photographs? From your experience, what do you think about that?

Beat Presser: You see, unlike painting, which has existed for millions of year, photography is still a relatively new kind of media. It is something contemporary, and people who think photography is only about “clicking” are wrong. People need skills to take pictures. However, the photographers who are selling expensive photos are being pushed by the art market. Their works, in exhibitions or museum, always have some certain people behind them.

I don’t like today’s photograph market, as (it appears) everybody is waiting for your death, and then the prices of your pictures go up surprisingly. It’s happened to many artists. But, not all of them, of course. I am still alive. So if you are into photography, go for it as soon as possible. But, life may be hard, at least until you become very famous.