Cambodia and Saudi Arabia on Friday agreed to sign an agreement on tourism cooperation in the near future that will pave the way for the establishment of the first direct flight between the two kingdoms.

In a meeting in Phnom Penh on Friday, Cambodian Tourism Minister Thong Khon and Saudi Arabia’s Ambassador to Cambodia Saud F.M. Al Suwelim agreed to sign a memorandum of understanding on tourism cooperation but did not disclose a timeframe for the signing of the agreement.

Minister Khon said a team of experts at the ministry has been tasked with drafting the agreement, adding that it will be signed during an official visit of the countries’ leaders, either in Cambodia or Saudi Arabia.

“The goal of the MoU is to encourage cooperation in the tourism sector, encourage the creation of a direct flight and promote cruises from Saudi Arabia to Sihanoukville,” he said.

Mr Khon pointed out that Cambodia is working on promoting halal foods to attract visitors from the Middle East, a region believed to have great potential for Cambodia’s tourism market. 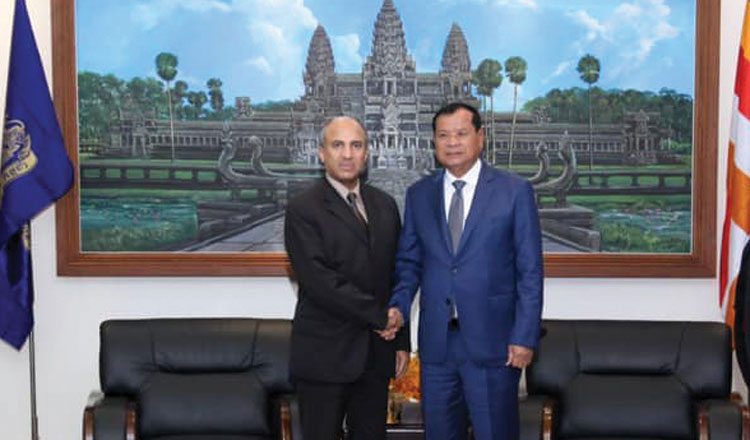 Chinese tourists continue to dominate Cambodia’s tourism market, but the Ministry of Tourism is working to diversify the market, focusing particularly on Muslim tourists.

“The number of tourists from Muslim countries is expected to increase because of flights connecting Cambodia with Qatar and the United Arab Emirates,” said ministry spokesman Top Sopheak.

In June, the Dubai-based airline Emirates launched a daily service from Phnom Penh to Dubai through Bangkok.

According to figures from the Ministry of Tourism, Cambodia received 224 visitors from Saudi Arabia during the first seven months of the year, an increase of 26 percent year-on-year.