Home - A Brit’s journey to the Kingdom’s silver screen

A Brit’s journey to the Kingdom’s silver screen

What does EastEnders, a renowned British soap opera winning BAFTA for “Best Soap” in 1999 and 2000 consecutively, and Taste of Life, an iconic HIV-related TV drama in Cambodia, have in common? They shared the same executive producer: Matthew Robinson. In the United Kingdom, he had already made a name as a respected film and TV drama director and producer. And with a lovely house in London handed down for generations. Yet, this Englishman chose to call Cambodia home, a developing war-torn country where the film industry was in its infancy. Taing Rinith talks to the legendary filmmaker, who still dreams of winning the heart of the Kingdom’s cinemagoer — and in earnest receiving a citizenship for gallant services rendered.

IN a suite which occupies the entire seventh floor of the Golden House Hotel, smack right in the midst of a throbbing nightlife district of Phnom Penh, the British man has just celebrated his 75th birthday and is reclined on a comfortable sofa. On the tiny coffee table, next to two chess sets, is a 2018 book of poetry called ‘Thing Like That’. The writer’s name, Matthew Robinson, adorns the cover.

Behold, one of the poems:

“When the soft light
flicks off in the morning
and the hard light
floods in with the dawning
a club is not a pretty sight
and somehow skin
is not so tight.”

The piece called Reality was written on Aug 17 2003, shortly after he arrived in Cambodia. Matthew adores poetry, but his fame goes beyond that. In our very midst is a legendary film and TV drama producer from the UK.

“I love this country,” he confesses on his balcony, with a ringside view of the Mekong River and the surrounding building complex.

“Yes, I missed England, especially the winter’s snow, the autumn’s leaves… and most of all, the church bell. But, I’ve fallen in love with Cambodia, and I want to live here for the rest of my life.”

In 2003, Matthew, who was working as Head of Drama at BBC Wales, chanced on a Want Ad looking for an executive producer for a health-related drama in Cambodia in a BBC newspaper. Back then, HIV/AIDS was of major proportions in Cambodia, bordering on an epidemic with nearly 2 percent of the population infected while other diseases were killing millions of adult and children every year in the country.

“The Department for International Development, like many institutions who were trying to turn back the figure(s), gave BBC a big grant of, I think, 3 million pounds to do a three-year anti-HIV campaign which involved a 100-episode television drama in Cambodia,” Matthew recalls.

Despite being a filmmaker with 30 years of experience working on TV drama hits like Doctor Who and EastEnder, Matthew, already 58 years old at that time, decided to apply for the position. Soon he was headed to a backwaters country, which he had never set foot on, to spend three years in a new drama. 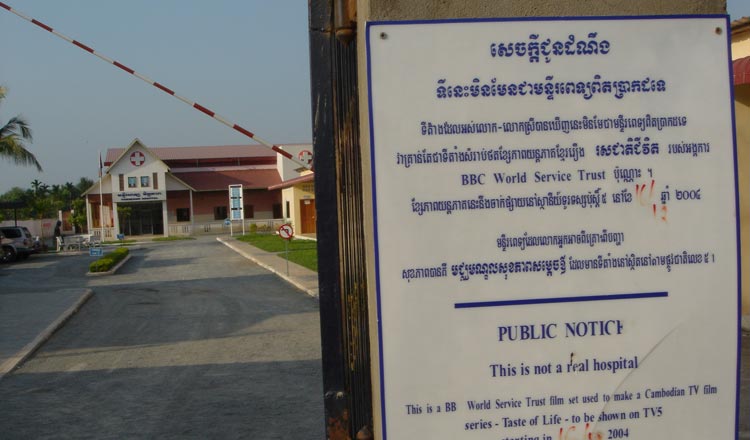 “Nervous? No, I was not nervous,” Matthew adds. “It was a thrilling adventure while I got to make a film, my passion, not needing to be worried about the budget.

“I did a bit of research and read a few books about Cambodia, learning about Khmer Rouge and stuff. I also learned that the people are friendly and in need of expertise to come and help develop the country.”

Matthew arrived in Cambodia in May 2003, and “for some reason, within 24 hours, I had a feeling for this country; something inside my brain told me I need to be in this country.”

Yet, at that time, he never expected that Cambodia would be his home for the next 16 years — and counting.

When it came to a winning script for the TV series, Matthew decided on a hospital drama. For good measure, he threw in a nursing college of young trainees to promote a safe lifestyle with a melodramatic twist, to disseminate health propaganda sugar-coated in human drama.

That was how Taste of Life (known in Khmer as Ros Cheat Chivit) was hatched to become one of the most-watched soap operas in the country’s history of TV drama.

In 2005, Taste of Life had become a household name in Cambodia, a daily staple being watched by people of all ages. According to a viewer analysis, one episode was watched by more than 50 percent of the population – apart from being the first TV drama in Cambodia which used the real actors and actresses’ voices instead of dubbing, which Matthew describes as “unlistenable”.

“I say 25 or 30 percent of the success came from the freshness of the drama,” he says. “But, we were also lucky with the cast because they were really talented and speak very naturally and produce emotions in front of camera, even those who were conservative in real life.”

Taste of Life made many future stars, camera crew and writers for the local film industry. But, for the executive producer, success did not come easy. At that time, he could not find many local writers and directors qualified enough to work with him on the project. He went for the jugular: he recruited 25 Cambodians out of 800 candidates who wanted a career in film and trained them himself from ‘zero’.

“We also had to find a piece of land in Reusey Keo to build a false hospital for filming,” Matthew says. “Of course, we could not do the filming in a real hospital without interruption the work.”

And how did his little ‘Shepperton Studios’ pan out?

“We had to put a sign in front of the false hospital to prevent people from seeking treatment or medical care there.”

In April 2006, Taste of Life reached the end of the road — its final episode, Matthew, now 60, fielded the option of going back to England and picking up his TV career there. But by then, he had grown too attached to Cambodia.

“I have a lot of friends here, and I enjoy being in the country, the food, the weather and the freedom,” Matthew explains. “At the same time, I wanted to contribute more to Cambodia’s film industry.”

Although being already over age 60 at that time, Matthew and Lov Millan, the head of production with Taste of Life formed Khmer Mekong Film (KMF), an independent film, drama and commercial spot production company.

The company’s cameras are still rolling here 13 years later, and Matthew now sees himself as a Cambodian rather than a Brit. Too busy to start his own family, Matthew visits England several times a year to see his brother, the renowned musician and broadcaster Tom Robinson and sister. But, he always comes back to his “real home”.

He even shipped a 125-year old escritoire which belonged to his grandmother to his suite in Phnom Penh and place it next to the trustee 56-year-old typewriter he bought on his first day of college life at King’s College in Cambridge.

During the past years, apart from KMF’s numerous TV dramas, documentaries and TV spots, Matthew has produced nine Khmer language feature films, six of which were released in the Cambodian cinemas — Staying Single When (2007), Palace of Dreams (2008), Vanished (2009) and Price of Love (2016).

Vanished attracted 13,000 within the first 10 days in Phnom Penh, generating critical acclaim in Hollywood’s Variety magazine, to become the first Cambodian film to do so while Price of Love won four top awards at the 5th Cambodian National Film Festival (2017) including Best Film and Best Actress. Yet, they were not enough for Matthew to fulfill his dream — to break the film frontier in Cambodia.

“People here love slapstick, so King Selfie did not give them good prior impression while Fear was released in the cinema at the same time as Lion King and Spiderman: Far From Home,” Matthew says. “But, we cannot be disappointed and we have to keep going on… No one can predict what’s going to happen in the film industry.”

Two more Cambodian feature films made by KMF are currently in post-production: the ‘ghost story’ Move Out, and 360 Degrees, a romantic comedy.

Apart from his contribution to the silver screen, Matthew has also been assisting Cambodia in other causes. For example, on his 75th birthday, he requested for all gifts, if any, to consider donating instead to Scott Neeson’s Cambodian Children’s Fund, a NGO helping underprivileged children in the country. As a result, nearly $1,200 was raised.

“Sixteen of my birthdays were celebrated in Cambodia, and on each one, my Cambodian friends always bought me nice presents,” Matthew says. “For this one, I want them to donate to a charity in Cambodia instead. I even put that on the invitations.”

This must be the ultimate dream of the legendary filmmaker: to receive Cambodian citizenship.

Like his first dream, that one is not easy either.

“To become a citizen, I have to learn Khmer language,” he says. “I speak some Khmer, but being a pupil again is very hard now. Yet, no matter what, Cambodia is my home now, and I want to live the rest of my life here.” 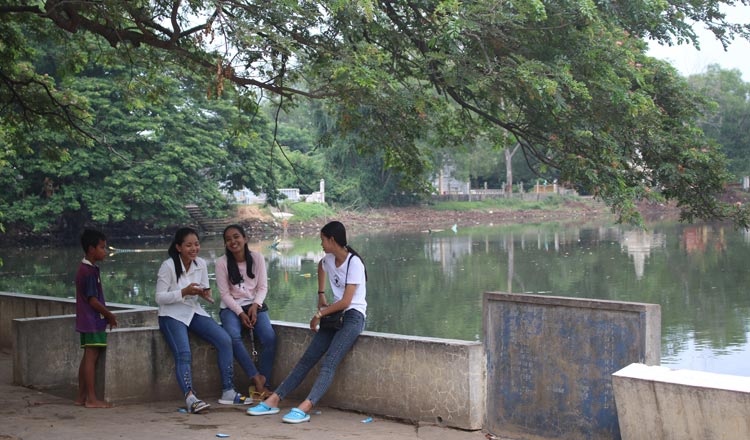 The last soapbox stand for this film producer so endeared to Cambodia, will likely come in the epilogue of ‘Until death do us part’.

How to have a wholesome holiday