Legacy of scribes at FCC Angkor

AS unlikely and ugly as it seems, old journalists, hacks, foreign correspondents, whatever, are becoming the new Cambodian tourist attraction, a trend possibly kicked off some years back by the Kingdom’s boldest former publisher, Michael Hayes, who via newspaper advertisements, invited interested parties to pay to have lunch with him.

Now a Siem Reap hotel, the newly refurbished FCC Angkor, has taken this trend to the max, selling itself as a former famed foreign correspondents’ club where journalists once worked and cavorted, and installing antique typewriters, old phones and old radios in every room.

The hotel also, according to a report in The South China Morning Post, briefly enabled some veteran foreign correspondents – dead or alive – to see their names in print again, albeit on a drinks menu in the hotel’s café Scribe, where they had cocktails named after them.

When word got out about the SCMP story, it outraged some of the very foreign correspondents and veteran journalists whose legacy the hotel hopes will lure travellers.

“To me, it seems wrong to cash in on the names of a bunch of brave people who risked their lives to report the news,” said one longtime journalist.

FCC Angkor now claims there had only ever been an internal discussion about a cocktail list, including discussion with The Khmer Times, and it is unclear how SCMP ended up reporting: “The cocktails take their cue from legendary hacks from the Vietnam war era: a fearsome concoction of peanut oil-washed vodka, Rinomato Americano and Thai basil goes in the Sydney ‘Killing Fields’ Schanberg, while photographer Kyoichi Sawada is commemorated with a mix of sake, cardamom and banana.”

The South China Morning Post also said it was, “Reporting from FCC Angkor, a boutique hotel in Siem Reap where journalists once worked and played,” and other inaccuracies from an FCC Angkor press release.

“Clueless stuff,” he said. “This is repugnant and disrespectful on so many levels. Did anybody do any fact checking?”

For the record, FCC Angkor was always a hotel and never a club.

Newsweek reported, “Back in the day – after the Khmer Rouge was kicked out of power, weary foreign correspondents based in Cambodia would come to swap stories, smoke cigarettes, drink cocktails and lay their heads at the Foreign Correspondents’ Club in Siem Reap.”

But the foreign press only arrived when the UN went in, and a few started the FCC in Phnom Penh because that is where they were based.

In reality, the true history of the FCC hospitality group is fascinating, with the original club becoming a cultural centre.

The club’s co-founder and first president, Leo Dobbs, arrived in Cambodia in April 1990 and when other journalists began arriving in Phnom Penh in 1991, he started thinking about a club for correspondents.

In February 1992, he wrote to the foreign minister Hor Namhong asking permission to set up a foreign correspondents’ club for expat journos based in the Penh, and received verbal backing.

Premises were found, and in a deal with a business called Indochina Assets, an equipped club was provided complete with the Reuters news service in exchange for profits from food, drinks and club hire. The club kept money from photo sales, documentaries and panel discussions, and members had a 20% discount.

The club opened in June 1993, with 30 paid members signing up within the first year.

Anthony Alderson, who died in New Zealand last month, was operations director for Indochina Assets Realty, the FCC owner when it transitioned from a club to a hospitality business. 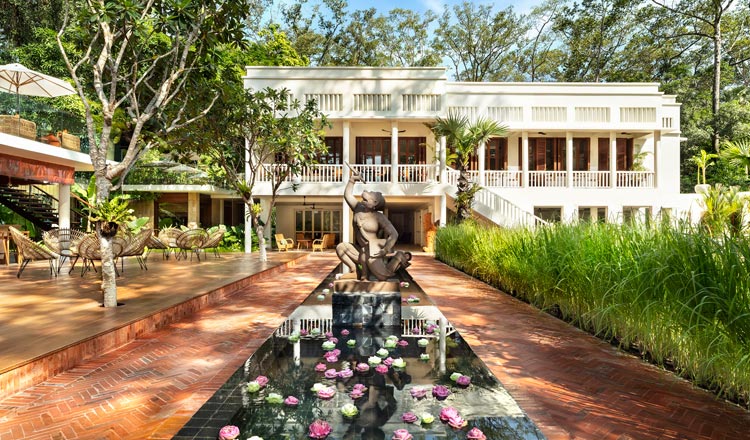 In a 2002 blog interview, Alderson said he began running FCC in December 1995 and expanded it to cater for the new market – tourists instead of journalists.

“The FCC was really journalists in the beginning but a very, very good brand name,” he said, pointing out that the new FCC was independently owned of the FCC Hong Kong and FCC Bangkok clubs.

“We’re a separate business,” he said, revealing that he spoke to journalists and said, ‘Look, we want to build this place, put your name on it, is that okay? And you got a great place to hang out in.”

“Then they set up a committee and wrote to the other FCCs, the private clubs, to get some form of reciprocal agreements. So if you are a member in Hong Kong or Bangkok you’ll get a 20% discount off all food and beverage.”

In 2001, FCC began to set up a hotel in Siem Reap to capitalize on the growing popularity of Angkor Wat.

“As a hospitality property developer we wanted to go further so we had to come to Siem Reap,” Alderson said, “We’d been looking for a building for some time and it turned out that one of our regular customers in Phnom Penh owned what we thought was the perfect spot to do an FCC. 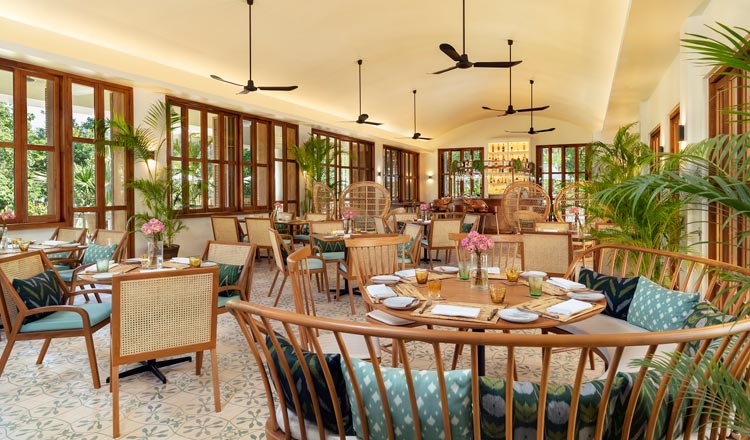 “We only started negotiating the lease in September of last year … and in moving forward with this Siem Reap site we’ve got 22 rooms planned to be built on the neighboring land. I got all the drawings today from the architect. That’s the next step; we’d like to try to get that open at this time next year in time for high season 2003.”

In 2013, the FCC collection was bought by the Thai-based GMA Group, and this year it refurbished FCC Angkor, magnificently modernizing it while maintaining the stately colonial elegance of the original building, keeping most of the fabulous old trees on the site, keeping the quaint French-style shutters, keeping ye olde Fish & Chips on the menu – much to the bewilderment of French chef Philippe L’obry – thus ensuring that FCC Angkor remains one of the most iconic hotels in town, give or take a few journalists.

Escape to the nest of the ‘Eagle King’