Home - Short Film Fest ends with a ‘bang’: Before the Rain

Short Film Fest ends with a ‘bang’: Before the Rain

THE Chaktomuk Short Film Festival ended with a flourish on Sunday, with seven winners announced on the final day of the four-day screening (Sept 5- 8) at Chaktomuk conference hall.

Throughout the festival period, a total of 53 local and foreign short films, with an average duration of 30 minutes each, were showcased to the public for free.

Meanwhile, the reel of honour went to ‘Before the Rain’ which stole the spotlight by bagging three awards: Cambodian Audience Choices Award, Post-Production Award by Kong Chak, and the First Prize Award. 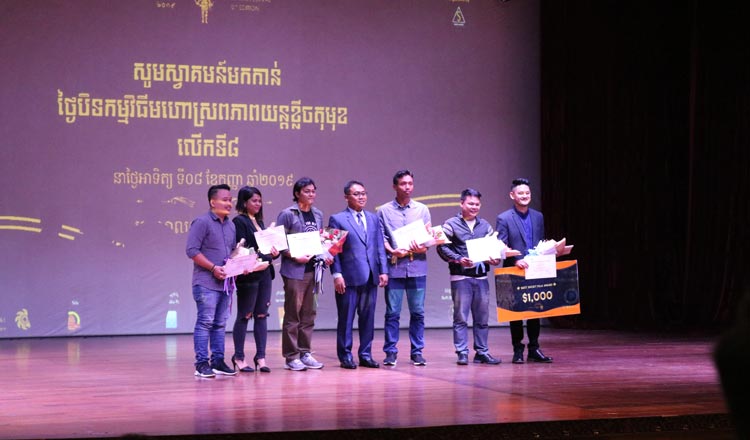 Its producer Neth Inrasotheythep said the idea came from his co-writer who wanted to make a film about mental health and domestic issues which are rampant in society. The duo then decided to talk to friends and began collecting story ideas to produce this short film.

“Some parts are based on true stories shared by my friends. They have gone through their personal mental problems and family problems, so we decided to help share their voices.” Mr Thep told Good Times2.

“We think it’s important to highlight parts of society that are less talked about and we hope that a lot of people can feel and relate to the characters in this film.” 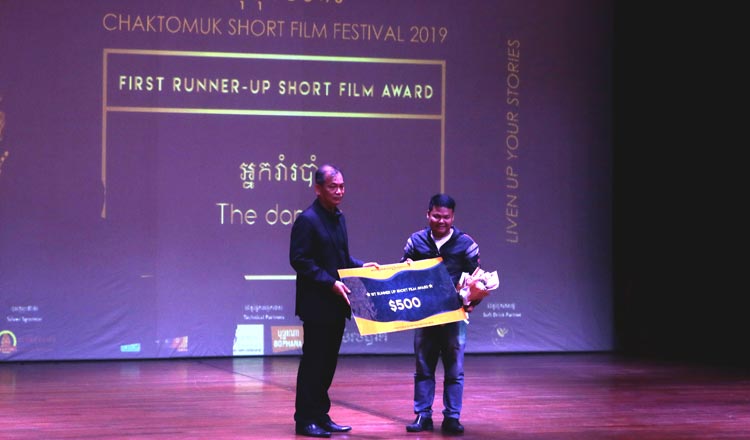 Mr Thep also called upon more filmmakers, especially the younger generation, to be motivated to tell the stories that they want to, from their own point of view.

He added: “I would appreciate more encouragement from the government and private companies for us to continue to pursue our dreams in film-making.”

Aside from ‘Before the Rain’, another short film entitled ‘The Dancer’ also scored more than one award on Sunday, bringing home the Second Prize Award and Post-Production Award by Kong Chak.

The film, which was produced by a former reporter Mr Seng Thy, focuses on the story of a man who was torn between duty to country and responsibility towards his family.

“When I was a journalist, I heard a story about the dancer, and I felt deeply interested. So I think I should share this memory with the public by telling it in a short film. It is a heartfelt story about a soldier who sacrificed everything, even his own family, to protect the country,” said an emotional Mr Thy.

He added that he had submitted four short films. However, only one won an award, and another received a certificate of acknowledgement from the Chaktomuk Short Film Festival officials. Meanwhile, two others failed to make the cut.

“My film is about 14 minutes and it took three days of shooting in Kampot province. I faced some problems during the shoot, like the bad weather which could ruin our filming equipment and not enough lighting as we shot in an old building at night to fit the story,” Mr Thy added.

The film festival was a rare opportunity for filmmakers to expose their arts to the public, while simultaneously campaigning for both emotional and financial support.

Dressing up the princesses in art